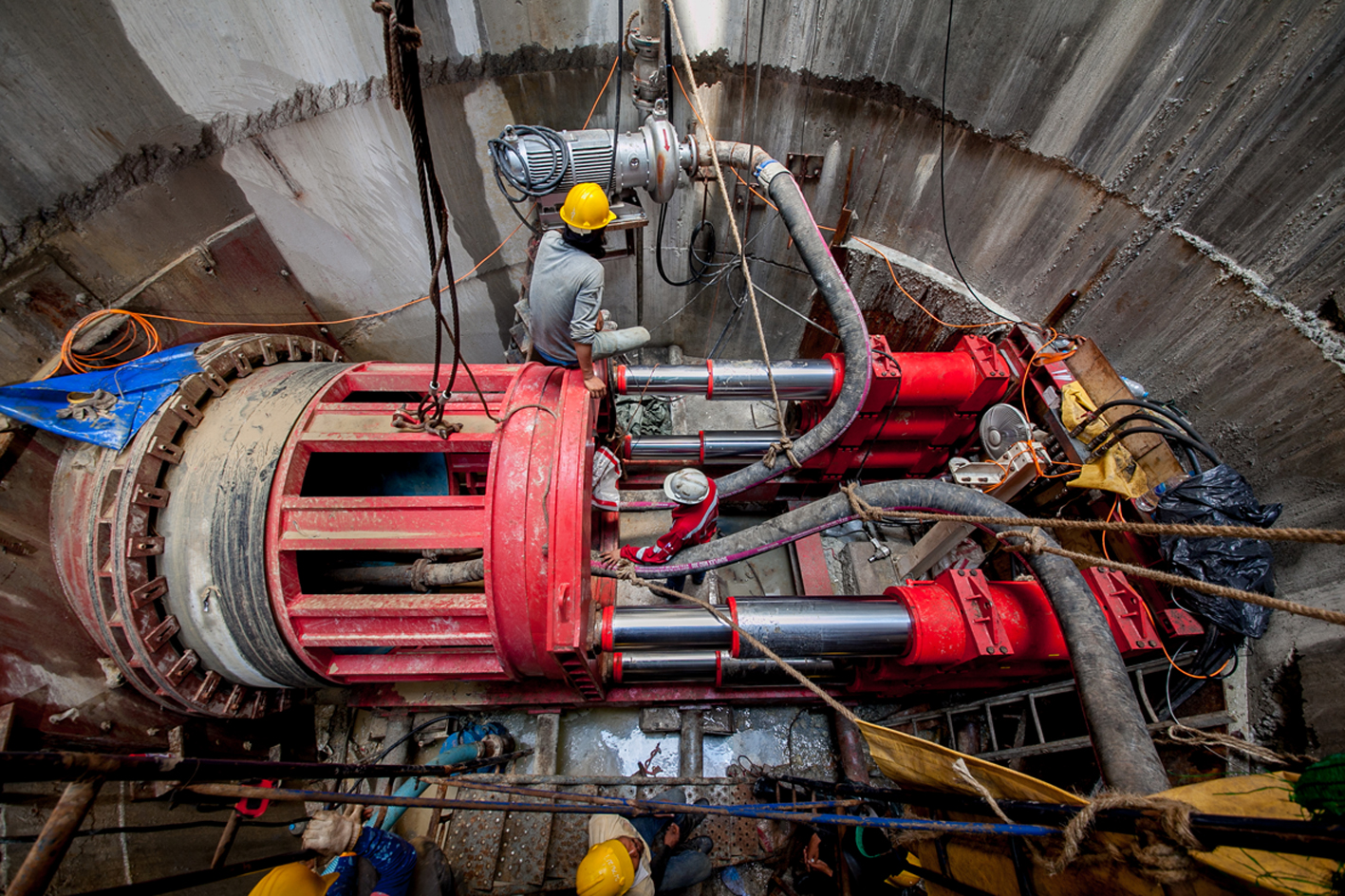 TERRATEC has announced the completion of the microtunnelling project at the Bang Pakong River in Thailand by the Joint Venture of Ch.Karnchang PCL and Krung Thon Engineers Co., Ltd. (KTE). On 18th June 2014, the TERRATEC Slurry MTBM completed the project’s 380m long drive of 1800mm inner diameter tunnel.

The project is being developed for the Royal Irrigation Department of Thailand (RID) and is its first Pipe Jacking project constructed by MTBM. This pilot project will enable RID to support the rapid development of the industrial estate in the Eastern Seaboard area. This is also a cornerstone for KTE, as this is the longest and quickest drive ever done using a MTBM by the Company.

The geology consisted of a combination of very stiff clay with a high groundwater level and sand. The project was completed smoothly maintaining a very low jacking force at less than half that installed (5,000kN out of 11,000kN). This was achieved, says TERRATEC, thanks to the high performance of the Lubrication System and the two Intermediate Jacking Stations, strategically placed among the pipes. This minimized the pipe friction, which is key to a successful pipe jacking long drive.

The site worked around-the-clock with the system in two 12-hour shifts to achieve a timely completion of the project. In total, 150 pipes of 2.5m each were installed in 23 calendar days only.

On top of the complete Equipment, TERRATEC also provided KTE a comprehensive service package on site which included the dispatch of key engineers and MTBM operators. These TERRATEC specialists were involved from the initial ground works to the final completion of the tunnel.