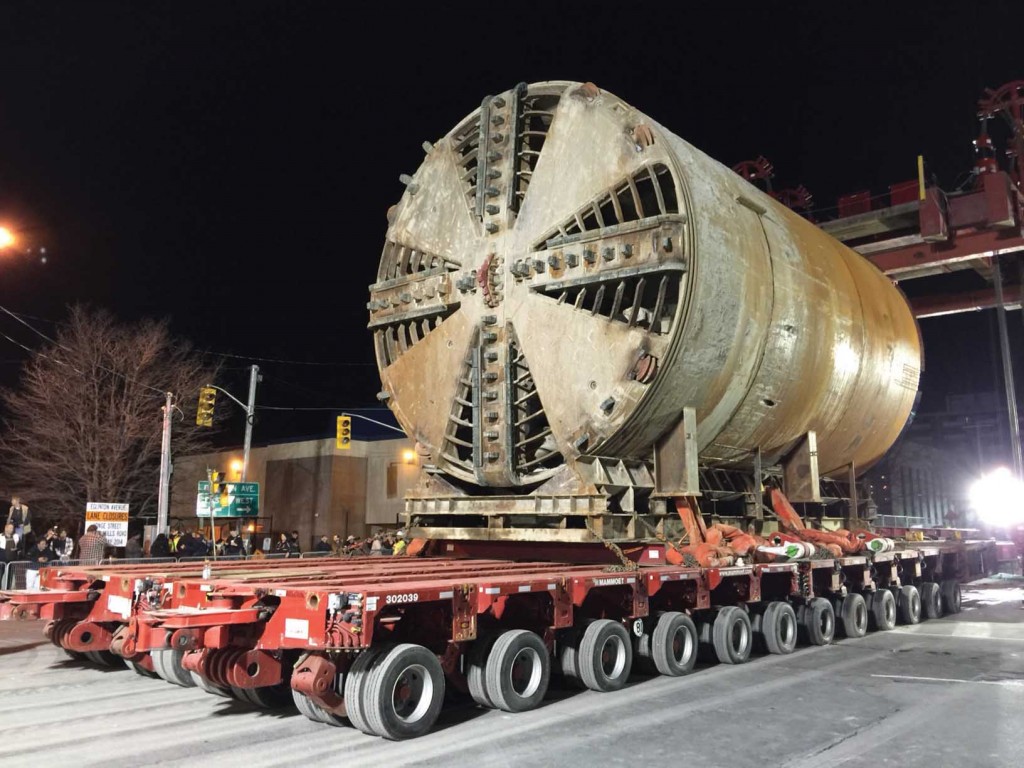 Witnesses were treated to an overnight spectacle in downtown Toronto, Canada, at the end of April, when Dennis and Lea – the 6.5m (21ft) diameter Caterpillar TBMs that have been building the western segment of the Eglinton Crosstown LRT’s underground tunnel – were lifted out of their reception shaft just west of Allen Road and transported 330ft (100m) to the launch shaft on the opposite side of road just east of the existing Eglinton West subway station.

Metrolinx, who is in charge of building the Eglinton Crosstown LRT, set up bleachers and provided hot chocolate and coffee to more than 100 spectators who came out to watch the moves, which took place between 2am and 5am on April 18 and 19 (one per night).

“It’s great to see we’ve reached another milestone on this important transit project that will benefit Toronto riders,” said Steven Del Duca, Onatrio Minister of Transportation. “This project is proof of our government’s commitment to making the daily commute and quality of life better for Ontario families.”

Now that the machines have been moved and lowered into a shaft on the east side of Allen Road, they will resume their eastward journey in mid-June, said Metrolinx president and CEO Bruce McCuaig. Another identical pair of Caterpillar TBMs will soon start mining in the opposite direction on the eastern segment of the project this fall. The four owner-procured machines are scheduled to meet at their final terminus at the Yonge subway station sometime at the end of 2016 (see full article in NATJ’s Oct/Nov ’14 digital edition).

The 12-mile (19km) long Eglinton Crosstown LRT will run from Mount Dennis in the west of Toronto to Kennedy subway station in the east. The 6.2-mile (10km) downtown section of the line, from Keele Street in the west to Laird Drive in the east, will operate underground. 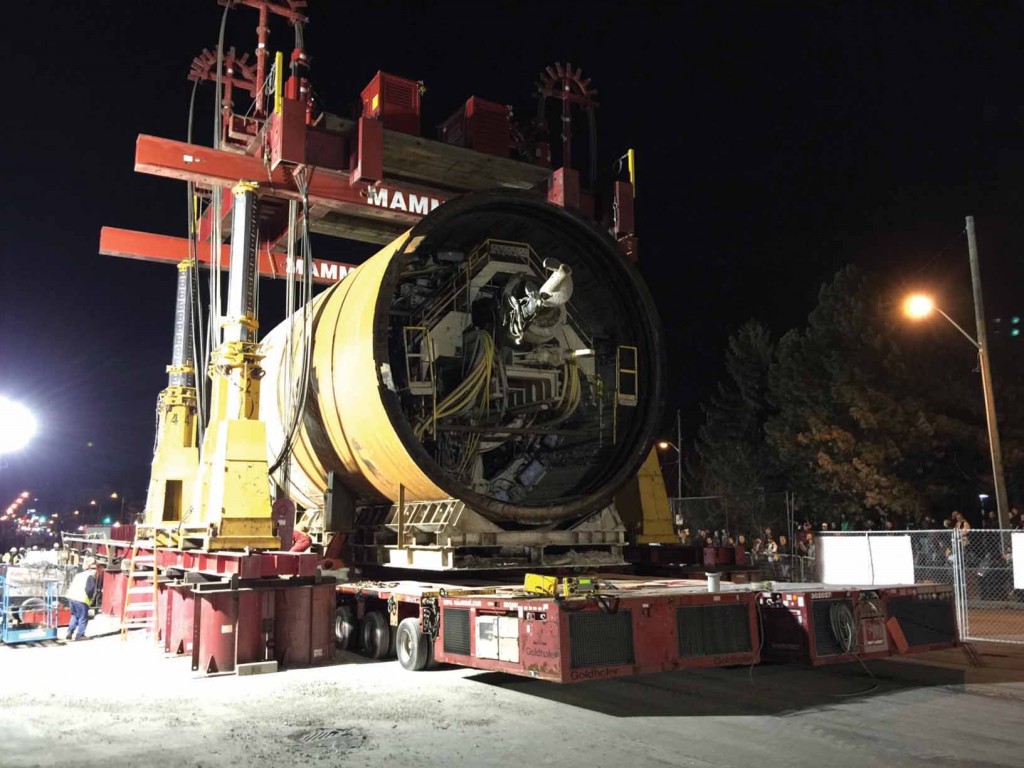 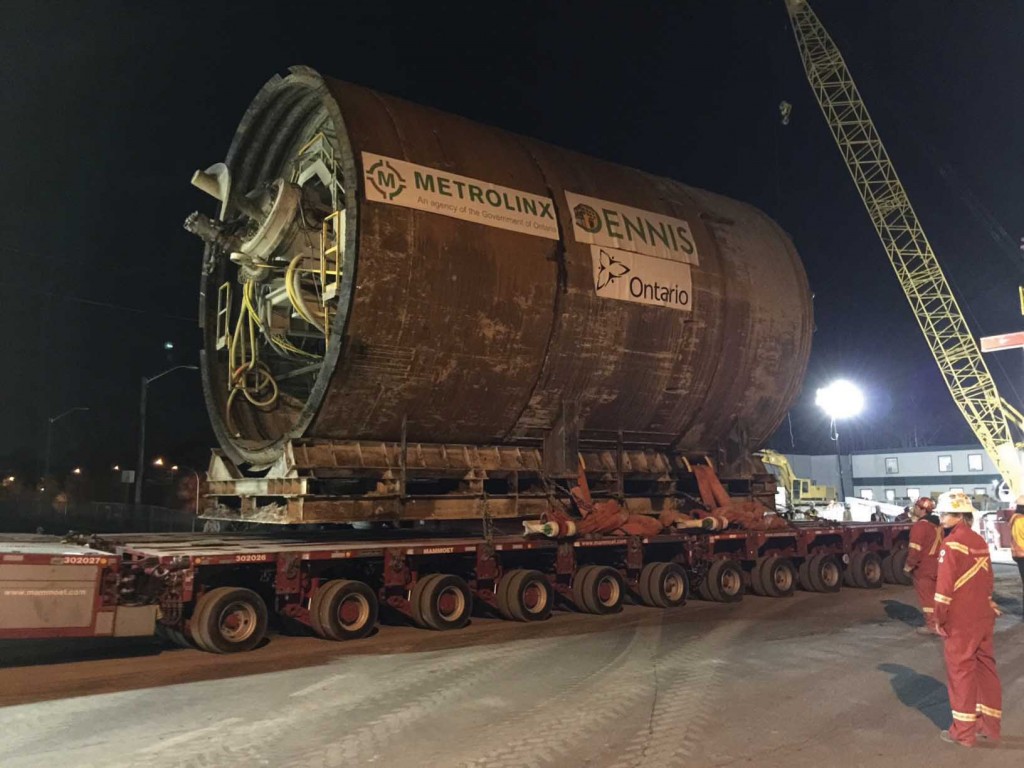