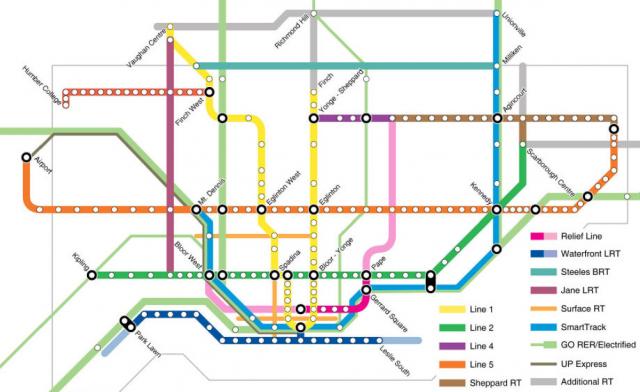 In Canada, the Toronto Transit Commission (TTC) has formally released a Request for Proposal (RFP) for tunnel design work of the Relief Line South. More specifically, the RFP is to “complete the Concept Design Report and Preliminary Design and Engineering for the Tunnels and associated facilities for the RLS, together with a cost estimate and project delivery schedule, to 30% design completion.”

This RFP marks a substantial step forward in the detailed design work for the Relief Line, which is tentatively scheduled to begin construction in 2025 and be complete by 2031. The RFP is scheduled to close on December 15th, with a winning proponent likely announced shortly afterwards.

The planning and design work for the Relief Line is being funded primarily through a $150 million funding commitment from the Provincial and Federal governments. To date however, there have been no hard commitments for construction funding from any level of government, though the City of Toronto and Metrolinx continue to push the project forward in anticipation of a multi-government funding commitment in the coming years.

One new piece of information contained in this RFP is that the TTC is open to the possibility of using “a combination of twin-bored, single or mined tunnels”. Single-bored or mined tunnels would be a departure from how subways have typically been built in Toronto.