Tula breaks through on linear accelerator 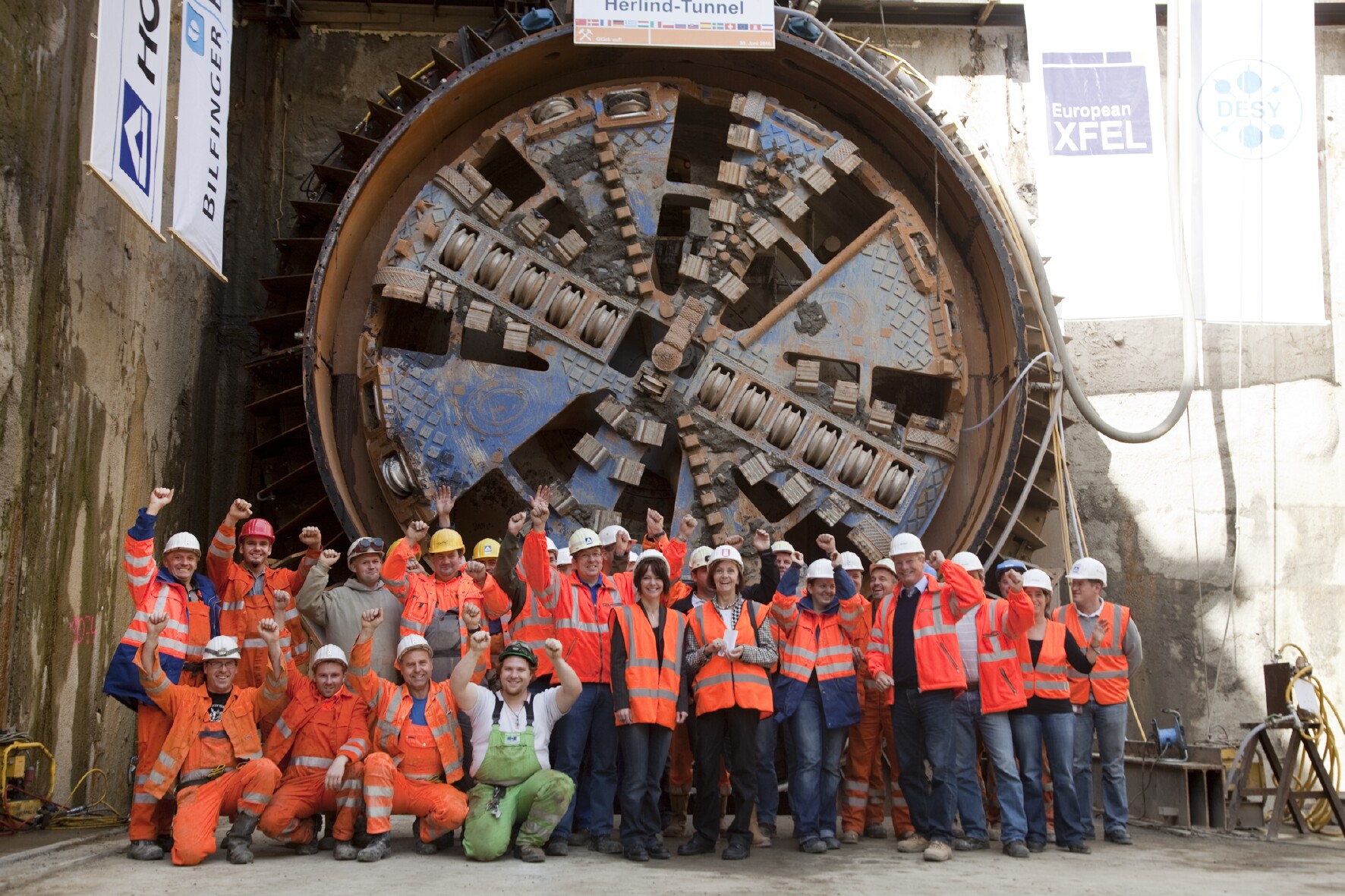 Tula, the 6.17m diameter Herrenknecht Mixshield, currently being used to bore 3km of the 5.7km maze of tunnels required for Germany’s XFEL linear accelerator tunnel near Hamburg, has broken through on the first of its three drives. The breakthrough comes as the Arge Tunnel XFEL JV constructing the project has taken delivery of its second Herrenknecht Mixshield, with a 5.45m diameter, that will bore the remaining 2.7km of tunnel on the research facility.

The contractor JV, comprising Hochtief and Bilfinger Berger, began boring the first 480m drive between Scenefeld and Osdorfer Born (XDT 1) in July. The ground conditions along the complete alignment comprise boulder clay, sands and gravel. The tunnel is being lined using a 1.5m long, six piece steel reinforced segmental lining with a key. A total 320 rings have been constructed on this first drive. The Mixshield is currently being disassembled and transported to the next start shaft to begin its next 549m drive (XDT 2) and final 2010m drive (XDL) in October. Excavation is scheduled for completion on the larger diameter tunnel section in summer 2011.

The construction costs of the facility, including the commissioning, amount to US$1.4bn. As the host country, Germany (the federal government, Hamburg and Schleswig-Holstein) covers 54% of these costs. Russia bears 23% and the other international partners between 1 and 3.5%.
To construct and operate the European XFEL, international partners agreed on the foundation of an independent research organization – a non-profit limited liability company under German law named the European XFEL GmbH. The company will have a workforce of about 300 people. At present, 12 countries are participating in the project (Denmark, France, Germany, Greece, Hungary, Italy, Poland, Russia, Slovakia, Spain, Sweden and Switzerland). China is also planning to join in.

The European XFEL, which is due to open in 2015, will generate ultrashort X-ray flashes – 27 000 times per second and with a brilliance that is a billion times higher than that of the best conventional X-ray radiation sources. The facility will open up completely new research opportunities for scientists and industrial users.