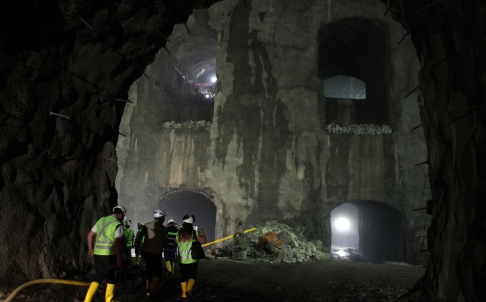 A tunnel collapse at the Chinese-funded Coca Coda Sinclair hydroelectric project in Ecuador’s Amazonian region has killed 13 workers and injured a further 12.

The incident occurred on Saturday evening, Ecuador’s president Rafael Correa confirmed to news wires. Ten of the workers killed were from Ecudaor, with three from China. Ecuador’s public radio reported that the deaths occurred in the engine room of the hydroelectric station. The cause of the collapse is being investigated.

The Chinese-funded plant employs 7,000 workers, 20% of whom are Chinese, along the border of the Amazonian Napo and Sucumbios states. The injured have been treated at a hospital in the town of El Chaco, according to the public radio report.

The 1500MW Coca Coda Sinclair project is being constructed by the Chinese firm Sinohydro at a cost US$2.2 billion, with the majority of funding for the scheme coming from the Export-Import Bank of China. The plant is scheduled to begin operation in February 2016 and is expected to generate 36% of the energy currently consumed in Ecuador.

The project is part of a network of eight hydroelectric stations under construction in the country, which aims to stop importing electricity and become an exporter of clean energy. The project includes construction of a dam and powerhouse on the Coca river and 24km of tunnelling work.