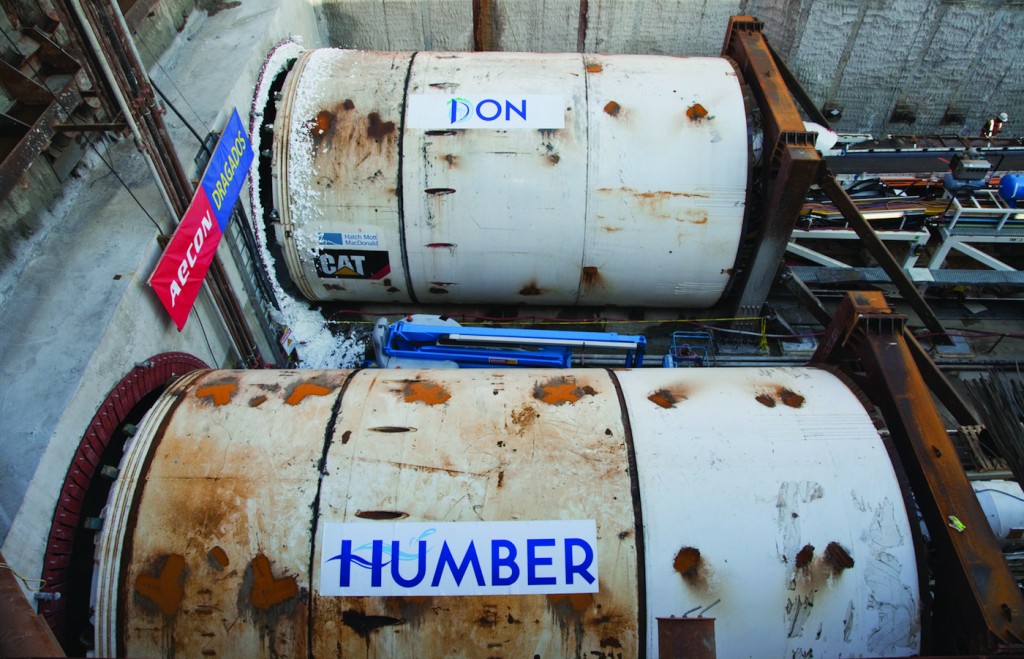 The next phase of the Eglinton Crosstown LRT project is being set in motion in Toronto, Canada, as tunneling on the 2-mile (3.25km) long eastern tunnels portion of the project‘s 6.2-mile (10km) underground section begins at the end of September. Aecon-Dragados JV is constructing the eastern twin bored tunnels and will launch its pair of owner-procured 6.5m (21ft) diameter Caterpillar TBMs – named Don and Humber – westward from a launch box at Brentcliffe Road, East of Laird Station, towards Eglinton Station at Yonge Street.

Work on the western segment of the tunnel has been underway since June 2013, with 2.5-miles (4km) of the 4-mile (6.5km) tunnels already complete. The four owner-procured machines are scheduled to meet at Yonge Street sometime at the end of 2016 (see full article in NATJ, Oct/Nov ’14 digital edition).

The 12-mile (19km) long Eglinton Crosstown LRT represents a CA$5.3 billion (2010 $) transit improvement investment by the Government of Ontario, the largest in the history of the region, and will run from Mount Dennis in the west of Toronto to Kennedy subway station in the east. The 6.2-mile (10km) downtown section of the line, from Keele Street in the west to Laird Drive in the east, will operate underground. The line is due to open in 2020.