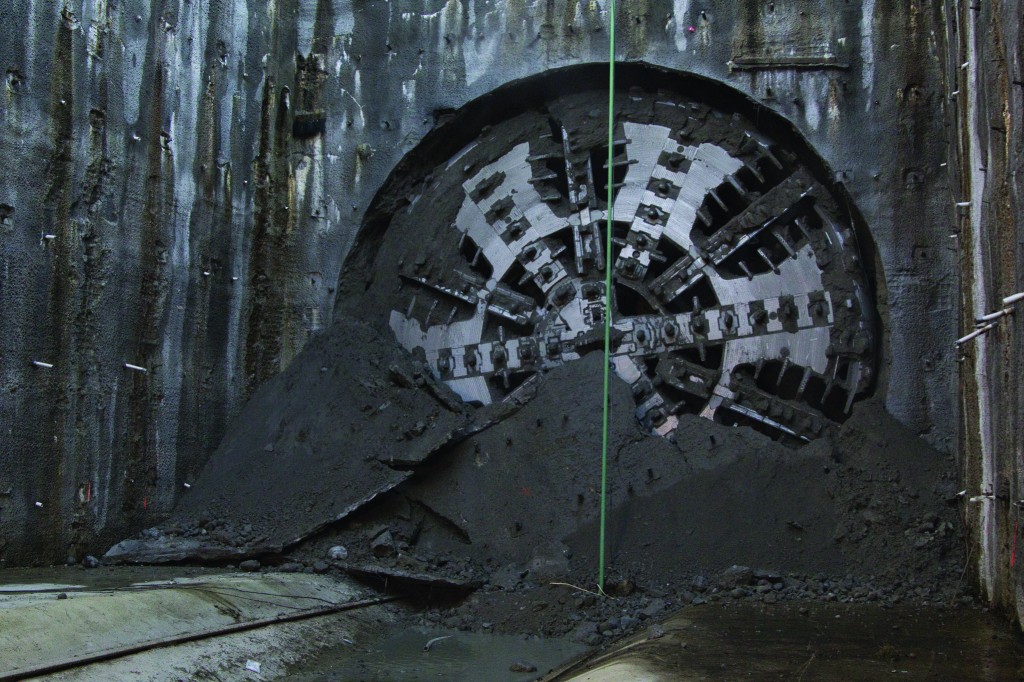 On November 27, Ministry officials joined construction crews to celebrate the completion of tunneling on the Evergreen Line in Vancouver, BC. ‘Alice’, a 9.84m (32.3ft) diameter Caterpillar mixed face EPB machine, mined a 2km (1.25-mile) long single-tube tunnel for the new Evergreen LRT Line, which is being constructed by EGRT. The project will link the cities of Burnaby, Port Moody and Coquitlam to the existing SkyTrain line with an 11km (6.8-mile) advanced light rapid transit line between Lougheed Town Centre in Burnaby and Douglas College in Coquitlam. The components of the project include elevated and at-grade guideways, the tunnel, seven stations, power substations, train operating systems, parking facilities, and a vehicle storage and light maintenance facility.

“Celebrating the completion of the tunnel boring work today is a great milestone for the project and for the communities this line will serve,” said Minister of Transportation and Infrastructure Todd Stone. “The Evergreen Line project is more than 75% complete, and the work to finish the line, including the tunnel, is well underway. Once Evergreen is complete, BC will have the longest, fully automated rapid transit network in the world.” 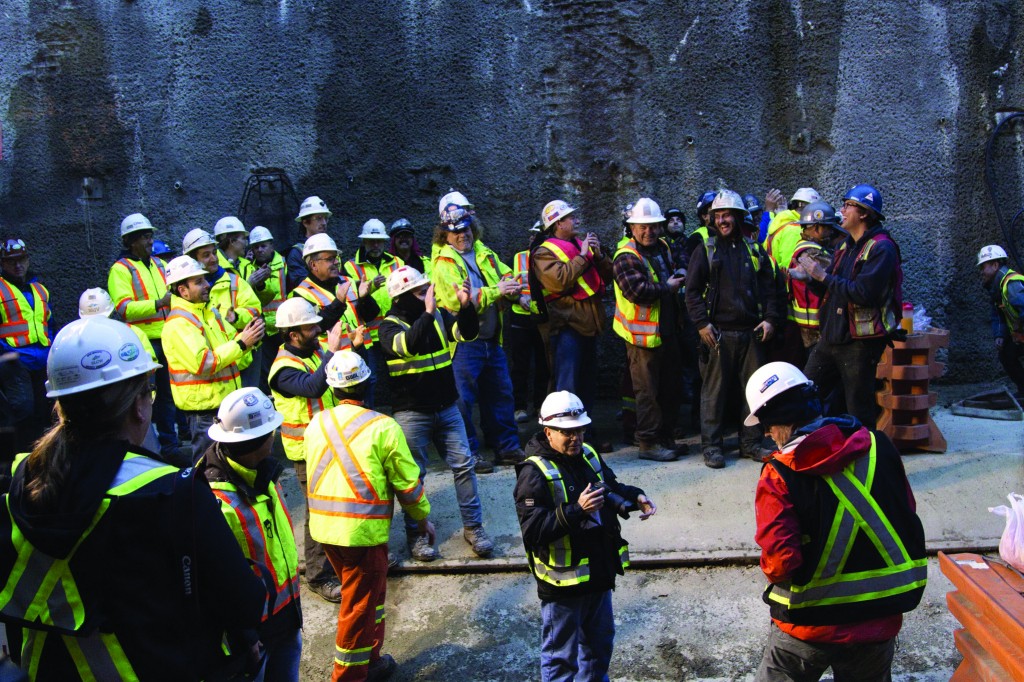 The line was originally scheduled for completion by the fall of 2016. However, a number of challenges, including the development of several sinkholes along the tunnel alignment, have pushed back the line’s opening slightly. Train testing is now expected to begin in the fall of 2016 with the line operational in early 2017.