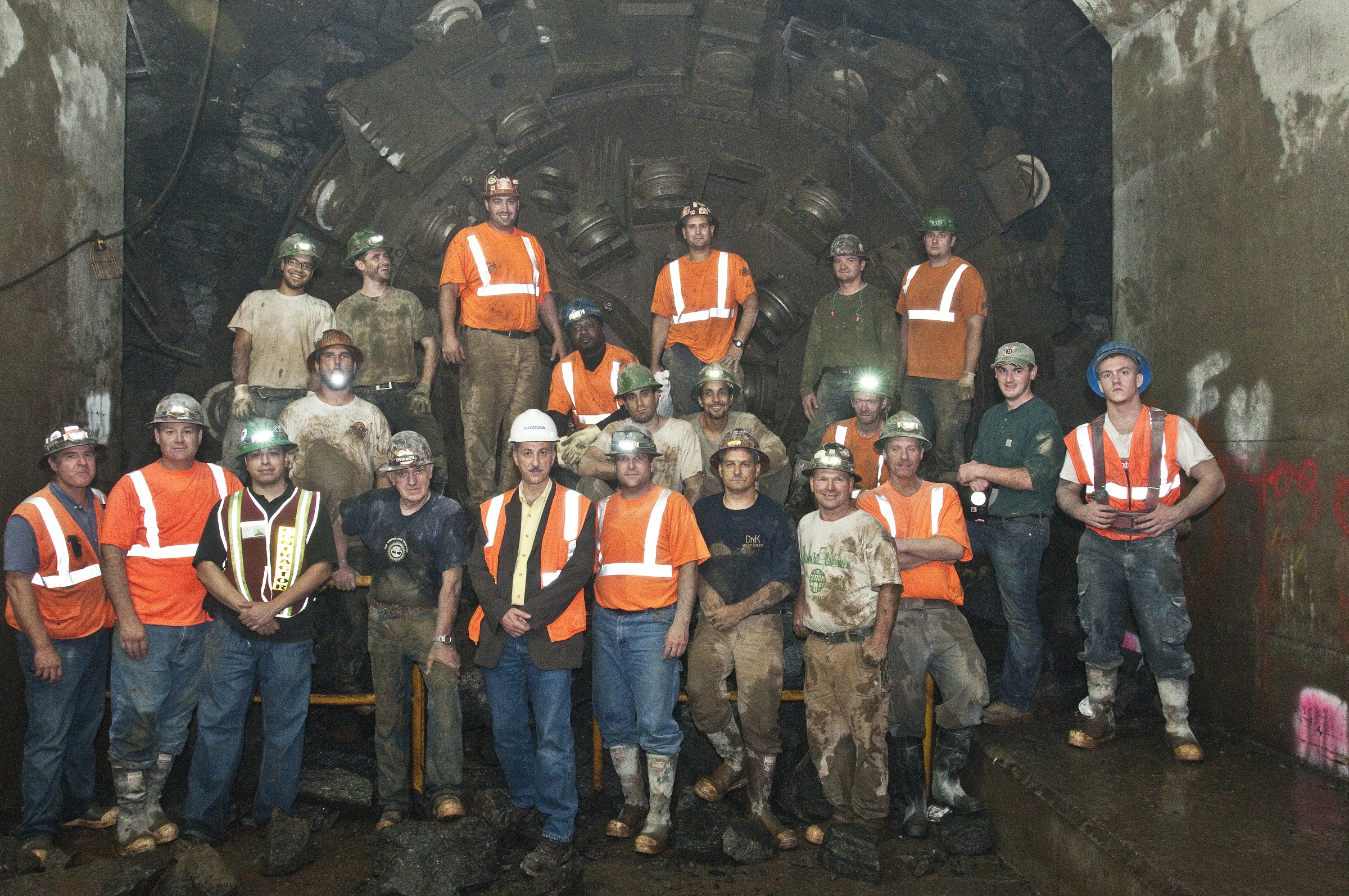 New York’s Metropolitan Transportation Authority (MTA) announced that S3 Tunnel Constructors – a JV of Skanska USA, JF Shea Constructors and Schiavone Construction – completed tunnelling today (Thursday, September 22nd) for the first phase of the Second Avenue Subway when its 7.2m (23.6ft) diameter Robbins TBM reached the Lexington Avenue-63rd Street station, breaking into the existing tunnel. The completion of tunneling marks a major milestone in the $4.45 billion project, which will provide service from 96th Street to 63rd Street as an extension of the Q train.

The JV’s Robbins hard rock TBM began its journey in March and completed the east (northbound) tunnel after making a tight, westerly curve into the existing 63rd Street Station. Permanent tunnel lining operations will now commence. The work is all part of a $392 million tunnels and shafts contract that was awarded  to S3 Tunnel Constructors in March 2007.

The TBM began mining the 2,200m (7,209 linear foot) west (southbound) tunnel in May 2010 from the launch box at 92nd Street and was then disassembled and pulled back to 92nd Street where it started its second run this spring to mine the east tunnel.

Work is currently underway to rehabilitate the Lexington Avenue 63rd Street station to accommodate the future Q extension. It will now take approximately three weeks to partially disassemble and pull back the TBM through the tunnel, where it will be completely dismantled at the launch box and sent back to the contractor’s facilities.

Phase I of the Second Avenue Subway will serve more than 200,000 people per day, reducing overcrowding on the Lexington Avenue Line and restoring a transit link to a neighborhood that lost the Second Avenue Elevated in the 1940’s.

When Phase I is complete in December 2016, it will decrease crowding on the adjacent Lexington Avenue Line by as much as 13%, or 23,500 fewer riders on an average weekday.  It will also reduce travel times by up to 10 minutes or more (up to 27%) for those on the far east side or those traveling from the east side to west midtown.

The line is being built in phases, with the Phase I of the Second Avenue Subway providing service from 96th Street to 63rd Street as an extension of the Q train, including three new ADA-accessible stations along Second Avenue at 96th, 86th and 72nd Streets, and new entrances to the existing Lexington Avenue- 63rd Street Station at 63rd Street and Third Avenue. Further phases of the project will extend the line from 125th Street in Harlem to Hanover Square in the Financial District. The configuration of the tracks will allow for possible future extensions into Brooklyn, Queens, and the Bronx.

Funding for this critical improvement to the MTA’s transportation network is being provided by MTA local sources and federal ($1.37 billion) sources.