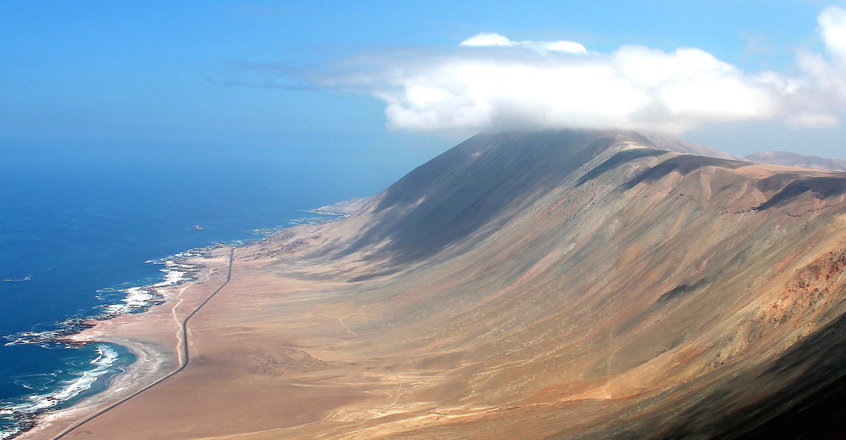 Chile’s Valhalla Energy plans to harness the country’s remarkable geography to make clean power by pumping seawater up into mountains during the day and releasing it at night. The project, called The Mirror of Tarapaca, is unusual for a hydropower scheme as it will be located in the Atacama Desert, one of the world’s driest.

But as the South American country is essentially a 4,300km-long strip of mountainous coast, the proximity of mountains and sea presents a unique opportunity.

Earlier this month energy company Valhalla, a start-up led by young Chilean innovators, announced it had received approval for its environmental impact assessment.

It says the Mirror will have an installed capacity of 300 MW, and that construction could begin as early as the second half of 2016.
The plant would begin operation in 2020 if it goes ahead.

Valhalla, which is currently seeking investors for the project, says its idea is supported by around 50 mainly Chilean investors and the region’s fishermen’s union.

Using the desert’s solar energy, the Mirror will pump seawater via a series of tunnels up to the top of a coastal headland, where it will pool in natural reservoirs. Then, during the night, it will be released down the same tunnel through turbines and back into the Pacific Ocean (see video below).

Valhalla claims the solar and hydro operations combined would provide clean energy 24 hours a day, 7 days a week, and could transform power generation in Chile.

“We are convinced that the Region of Tarapaca can be a leader in solar energy and Chile can become an energy superpower in the world, based on clean, economical and infinitely abundant energy,” said Francisco Torrealba, a Stanford MBA graduate who co-founded Valhalla in 2011.

“So it is great news to know that we move to the next stage to realize this project, which will change the face of the energy matrix of our country.”