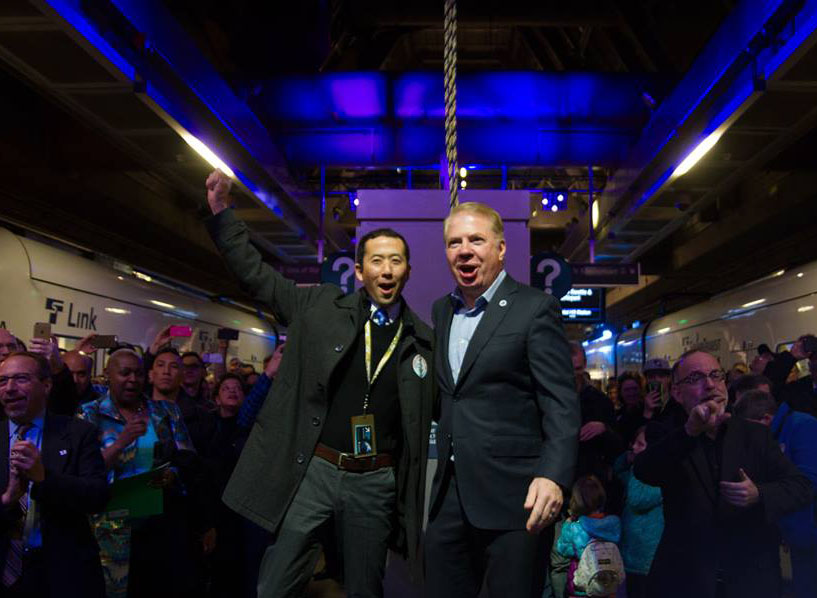 In Seattle, more than 30,000 people rode the University Link light Rail during its first day in service on Saturday, March 19, which kicked off with opening celebrations at the new University of Washington (UW) and Capitol Hill stations.

While locals waited for the 10am public opening – with Sound Transit providing free rides for the day anywhere on the Link system – King County Executive Dow Constantine spoke to a crowd on the UW Station platform about U Link’s impact on the city’s transportation system — six months ahead of schedule and $200 million under budget — and how more improvements could be possible if voters approve the Sound Transit 3 funding measure in November.

Constantine was joined by student representatives from UW in signaling U Link’s launch by pressing a large button with a red arrow, turning it green and drawing in light rail trains for the inaugural 3.15-mile ride to Capitol Hill – a journey that takes about 4 minutes. The trip between UW Station and Downtown Seattle takes eight minutes.

Seattle Mayor Ed Murray was joined by First Man, Michael Shiosaki, in pulling the ceremonial cord to open the Capitol Hill Station. “Today we celebrate and tomorrow we go to work and we pass Sound Transit 3, so we can get on the station in Capitol Hill and go to West Seattle or Ballard,” Murray said.

US Transportation secretary Anthony Foxx took part in celebrations held the day before, Friday, March 18, that marked the completion of the project, which extends the light rail service from downtown Seattle to the Capitol Hill neighborhood and the University of Washington. 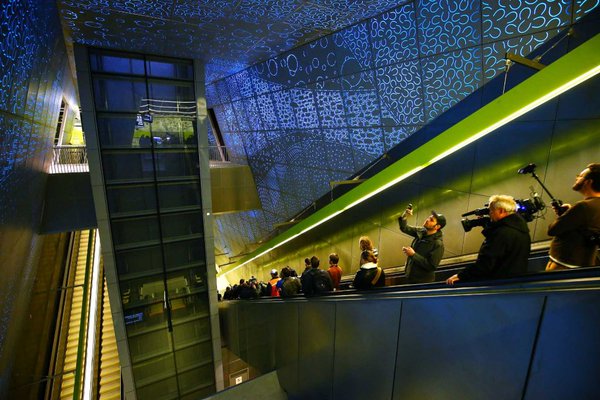 The U.S. Department of Transportation’s Federal Transit Administration (FTA) contributed $829.6m toward the project through its Capital Investment Grant Program and other funds. In total, federal funds covered about 43% of the total project cost of about $1.95bn. The remaining cost was covered by local sources.

The University Link runs completely underground in 21ft (6.4m) diameter twin tunnels, with the tunneling work completed under two contracts, U220 and U230. Let under design-bid-build contracts, the North Transit Partners (NTP) JV, consisting of Jacobs Associates (now McMillen Jacobs Associates), HNTB Corporation and Earthtech with 26 subconsultants, designed the tunnels and stations to 100%. 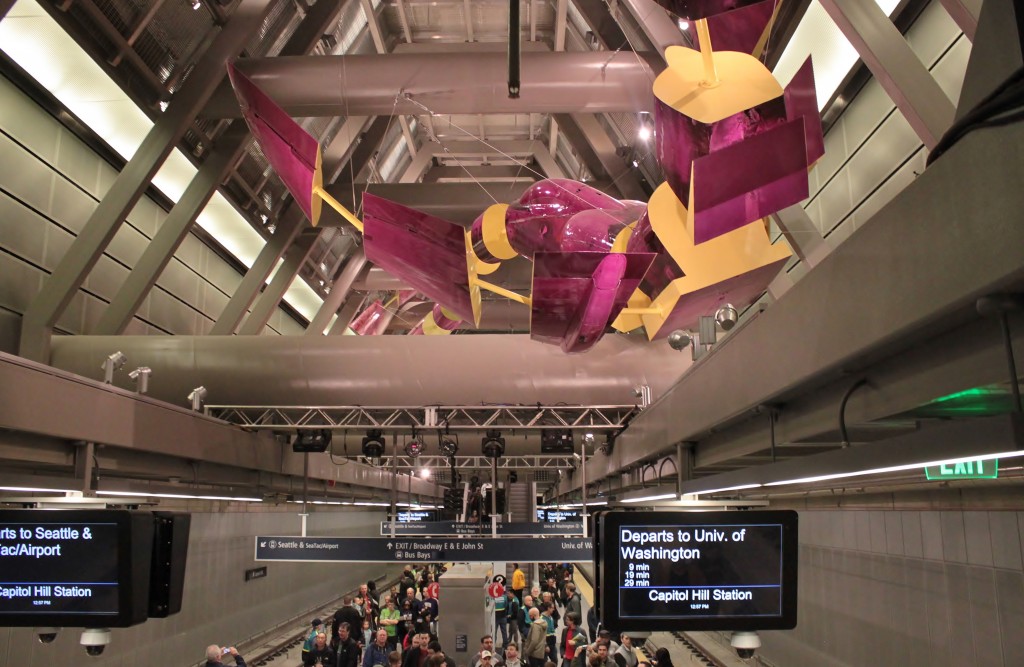 On U230 the Jay Dee/Coluccio/Michels JV (JCM) used a Hitachi Zosen EBP to mine the 1.1km stretch between Capitol Hill station and the stub tunnel at Pine Street, using the same machine for both tunnels. Traylor Frontier-Kemper JV (TFK) used two Herrenknecht EPB machines to construct the 2-mile (3km) long tunnels from Husky Stadium at the University of Washington down to Capitol Hill for contract U220.

University Link is one of several ongoing projects to expand light rail service in the Seattle area. The Northgate Link and Lynnwood Link projects will continue the service northward from the new University of Washington Station, with the first phase on track to open for service in 2021 and the full extension to Lynnwood planned for 2023. The S. 200th and Federal Way projects are under way to extend service southward from the current SeaTac/Airport Station, with a new station at Angle Lake opening in fall 2016. In addition, the East Link Extension, currently in final design and expected to open in 2023, will bring light rail across Lake Washington to communities including Mercer Island, Bellevue, and Redmond.

Overall, the fully extended Link system will include over 50 miles of light rail and connect the region’s major residential, commercial, and educational centers.