Metrolinx, the transit authority for the Greater Toronto region (Ontario, Canada) has awarded VINCI Construction Grands Projets in a 50/50 joint venture with Ferrovial the civil contract for the design-build-finance of a major portion of the new Ontario Line. 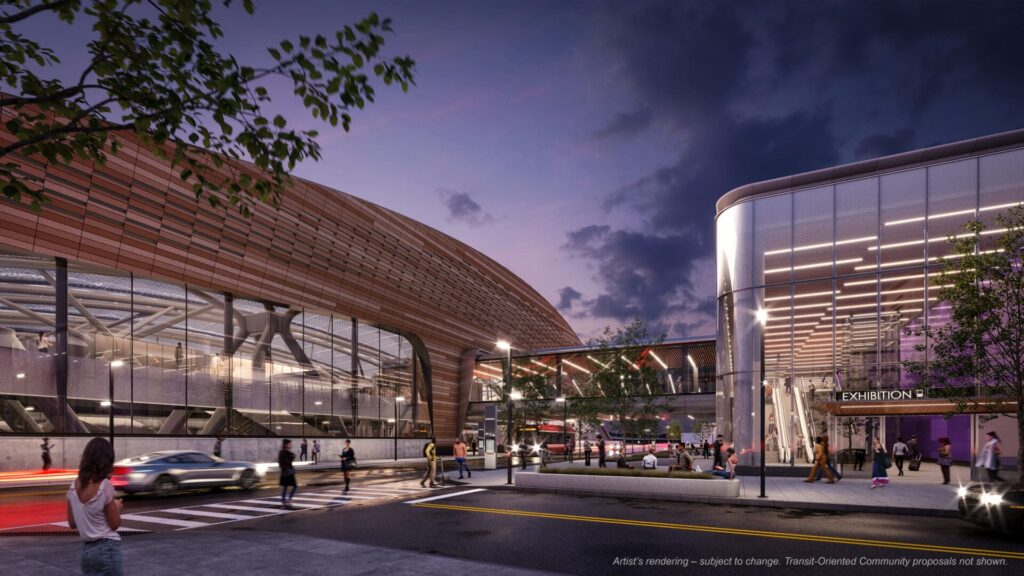 The project will form part of the future 15.6km Ontario Line subway that will run from the Ontario Science Centre to the Exhibition/Ontario Place in Toronto. The contract, worth CAN$6bn (€4.4bn), covers financing, design and construction of the civil engineering, excluding rail equipment, or a 2 x 6km twin-tube tunnel, together with seven new stations, six of which are underground, on a general contracting basis. The financing, partly mobilised by the contractor, includes a bank facility mobilising an international pool of eleven banks, including three Canadian. The project will require 89 months of work for delivery in 2030.

The Ontario Line is a major infrastructure project that will reduce congestion, cut travel times and drive sustainable development in the City of Toronto. It will put 227,500 more people within a short walk of transit and accommodate 388,000 daily rides by 2041. It will also significantly relieve congestion on the existing metro line 1, as well as road traffic and the associated greenhouse gas emissions with as many as 28,000 vehicles taken off the roads each day.   The contract allows VINCI Construction, a key player in the construction of mobility infrastructure in North America, to further strengthen its presence in Canada. This new major project highlights its expertise in urban mobility, already demonstrated by its work on the extension of Ottawa’s Confederation Line, which covers design, construction and financing of 27.5km of new track, 16 stations and the associated engineering structures.