Webuild Group has been selected as best bidder to design and build a €1.07bn high-capacity railway for some 22.5km between Fortezza and Ponte Gardena in Italy. The line travels through two twin-tube tunnels, Scaleres and Gardena, which are 15.4km and 6.3km long respectively and are connected by a bridge over the Eisack River. Commissioned by Rete Ferroviaria Italiana S.p.A. (RFI) to the consortium led by Webuild Group with a 51% stake and Implenia as partner, the new Fortezza-Ponte Gardena line will be the natural southern continuation of the Brenner Base Tunnel, and will add to the general strengthening of the Verona-Munich axis as part of the TEN-T Scandinavia-Mediterranean European railway freight corridor.

It will include underground interconnections and other works for Ponte Gardena and further improve the Munich-Verona line by adopting standards that exceed the speed and performance limits of the existing line, which currently  requires trains to travel at relatively slower speeds, especially on inclines.

Webuild is already working on three major construction sites for the Brenner Base Tunnel, an iconic project for sustainable mobility in Europe. The sites include Mules 2-3, the main section at the Italian end of the tunnel with 75km of tunnels; Lot Tulfes-Pfons that includes underground civil works for 38km of tunnels; and the underground crossing of the Isarco River, near the southern exit of the Brenner Base Tunnel before the Fortezza station.

At a planned 64km, the Brenner Base Tunnel will become the longest railway tunnel in the world and a key part of the Scandinavian-Mediterranean Corridor of the Trans-European Network (TEN-T), aimed at improving railway connections across the continent. 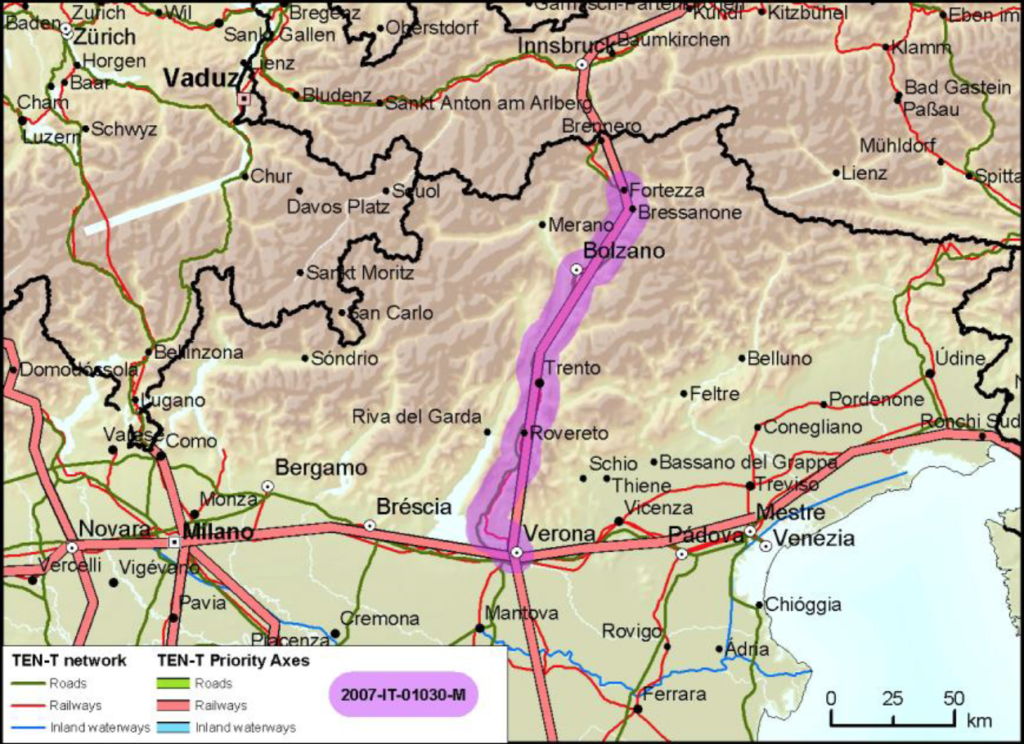