The Sydney Metro – Western Sydney Airport project has reached a major milestone with planning approval having been granted by the New South Wales Government and major construction set to commence soon. The successful tunnel contractor will deliver 10km of twin Metro railway tunnels and the associated excavations of station boxes. 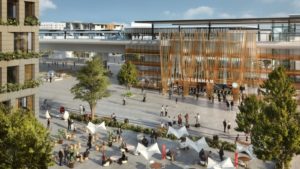 It is expected to transport up to 7,740 passengers each hour in each direction, while also taking about 110,000 vehicles off local roads every day, significantly reducing local traffic.

Community feedback has helped shape the project, including introducing measures to further reduce parking impacts on local communities and the relocation of a temporary bus interchange.

Early works started on Sydney Metro – Western Sydney Airport in December 2020. Major work will start in the coming months, with the tunnelling contract awarded by the end of the year and tunnel boring machines in the ground by the end of 2023.

The Australian and NSW governments are jointly delivering the 23km metro railway and six stations between St Marys and the Western Sydney Aerotropolis, including two stations at the airport.

Commonwealth Government approvals for Sydney Metro’s rail development work within the boundary of Western Sydney International Airport are expected in the coming months.