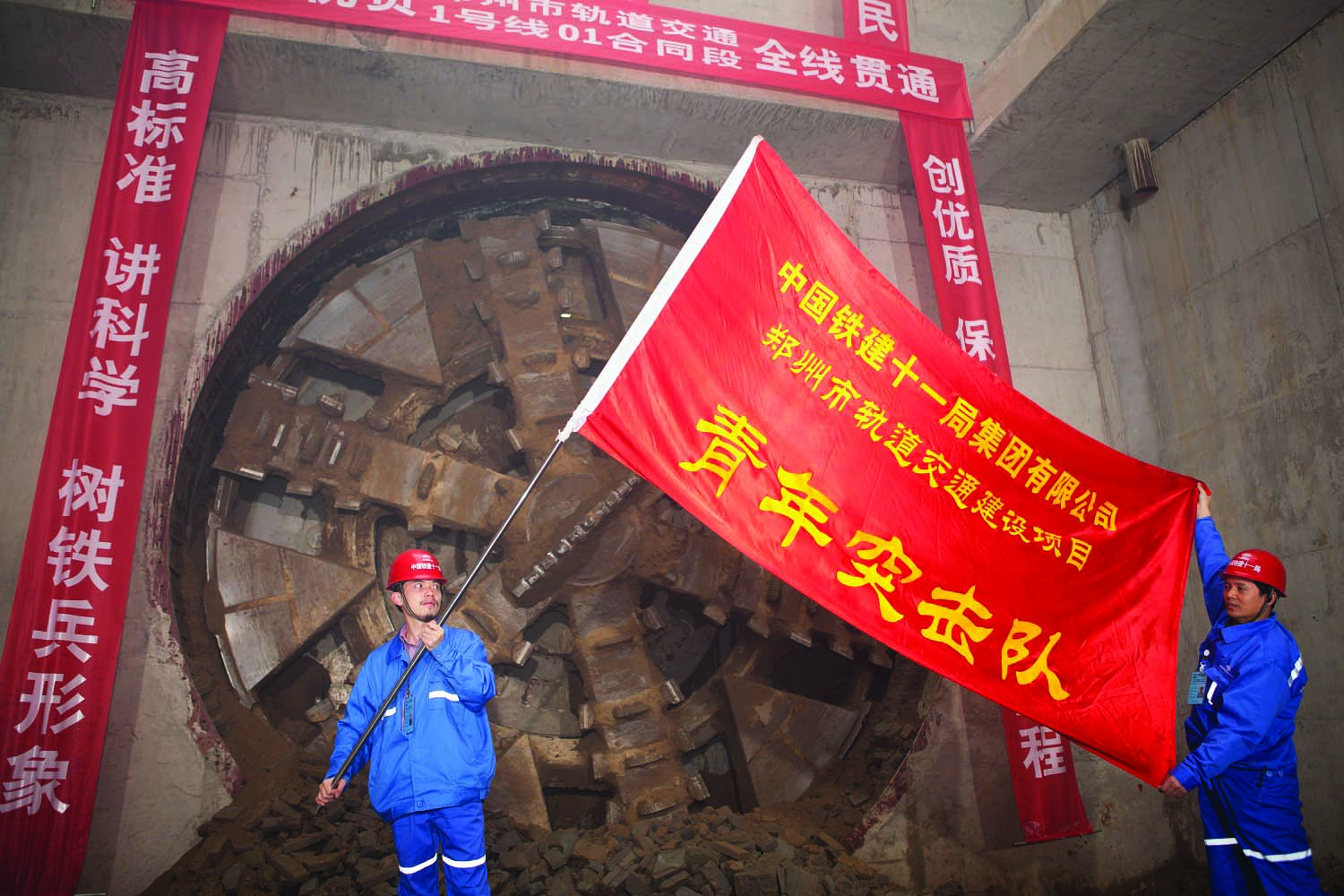 Zhengzhou, China is one step closer to becoming a national crossroads for rail traffic with the recent breakthrough of two EPBMs on its Metro Line 1. The 6.3m Robbins TBMs have set a Chinese EPB record in the process, excavating up to 720m in one month. The machines holed through in October and November 2011, two weeks ahead of schedule.

“The performance of the two machines was perfect, and the project owner has praised our excavation,” said Mr. Zhao Donghua, Project Manager for contractor CRCC Bureau 11.  The 11th Bureau and project owner Zhengzhou Metro Company held a grand ceremony for the final EPB breakthrough on November 16. The parallel 3.6km tunnels are widely regarded as the most difficult section of the metro, with low cover of 7m in a section of permeable, water-bearing soils below Xiliu Lake.

The EPBMs were launched in November and December 2010, and achieved two intermediate breakthroughs into cut and cover station sites between Tongpai Road and Kaixuan Road station along the way. Ground for much of the tunnelling was under approximately 8m of cover in soft and powdery soils, and below building foundations and a highway interchange.

Daily advance rates as high as 23 rings (34.5m) were achieved despite these challenges, including special measures below Xiliu Lake. Crews carefully maintained earth pressures of between 1.1 and 1.3 bar while boring at a low cutterhead speed of 1 RPM below the lake, reducing advance rates in this section. Settlement levels remained within limits during the entire drive.

CRCC Bureau 11 already has new projects lined up for the machines, which have been removed from the station sites. “We will utilize one EPB at the Beijing Metro project, the other machine will stay in Zhengzhou for future metro contracts,” said Mr. Donghua.

Zhengzhou, a city of 7 million people, is planned to become a center for rail commerce in China.  Up to four metro lines will be built in Zhengzhou, while freight lines traveling between Beijing and Guangzhou (North-South), and between Xuzhou and Lanzhou (East-West), will eventually intersect in the city. Once complete in 2013, Line 1 of Zhengzhou Metro will include 26km of tunnel and 22 stations.