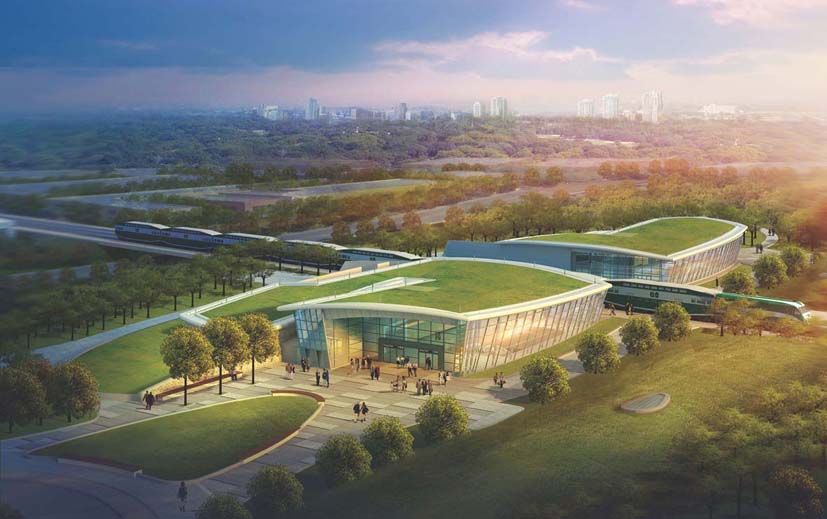 Following a public opening of bids earlier this month, Toronto Transit Commission (TTC) awarded its Sheppard West Station and Southern Tunnels contract, for the CA$2.63 billion Toronto-York Spadina Subway Extension (TYSSE), to Aecon Buildings on Thursday, 18 November. Aecon – along with its tunnel subcontracting JV – won the contract with a bid of CA$279,078,688 million. 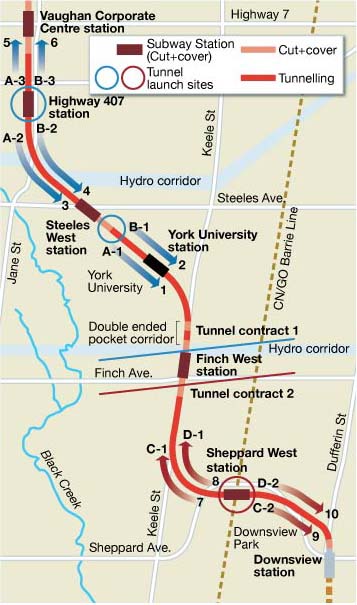 The contract also includes construction of the new Sheppard West station, an integrated subway / Go Transit rail station, which will be located southeast of Sheppard Avenue and Bakersfield Street, at the north end of Downsview Park. The three-level station, to be constructed by Aecon Buildings, was designed by Earth Tech Canada (now Aecom) in partnership with Aedas architects and will feature integrated public art installations by Toronto artist Panya Clark Espinal.

Award of the project’s Highway 407 Station and Northern Tunnel’s contract, along with another four separate station construction contracts, are expected to follow over the coming month.

For more information on this and other current TTC projects check out North American Tunneling Journal’s in-depth interview with the Toronto Transit Commission, which was published in the October/November edition of the magazine (available to view/download in pdf format from our home page).