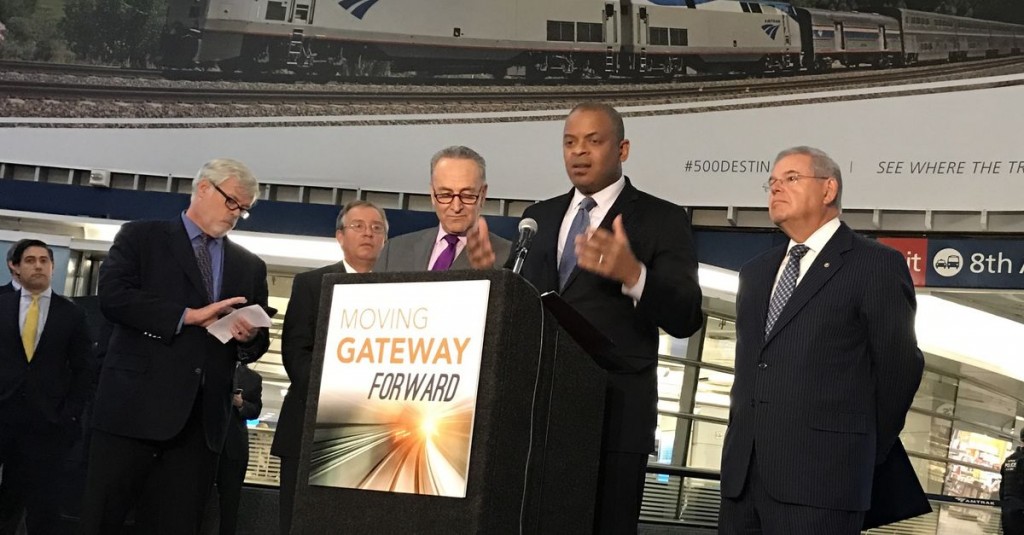 US Transportation Secretary Anthony Foxx and other officials on Friday, October 14, said the federal government would expedite the environmental review for a new twin-tube train tunnel between New York and New Jersey underneath the Hudson River.

A faster review could save significant money for Amtrak’s $24 billion Gateway project, which includes the tunnel. The review process is expected to take two years or less, compared to many years for past big infrastructure projects.

A draft report of the environmental review is due in mid-2017. The public will be able to comment on the draft before the review is finalized.

By adding the Hudson tunnel to what is called the President’s Permitting Dashboard, officials will be able to stick to the fast-tracked timeline already established. The dashboard helps streamline permitting and review for big infrastructure projects.

Construction would begin in 2019, New York Senator Charles Schumer said at a press conference with Foxx and other officials inside New York Pennsylvania Station.

The existing tunnel could begin to fail in as soon as seven to 10 years, Schumer said. Construction on the new tunnel is slated to start in 2019.

Proponents say Gateway is essential to the economic viability of the region, which generates at least 10 percent of the nation’s gross domestic product.

The existing tunnel, built in 1910, transports nearly 90,000 commuters into Manhattan each day via NJ Transit alone. It was badly damaged in 2012 when Superstorm Sandy flooded the tunnels with salt water and left behind corrosive residue.

In addition to a new tunnel, the overall Gateway project includes new bridges, track and upgrades to train stations in Newark, New Jersey, and Manhattan.