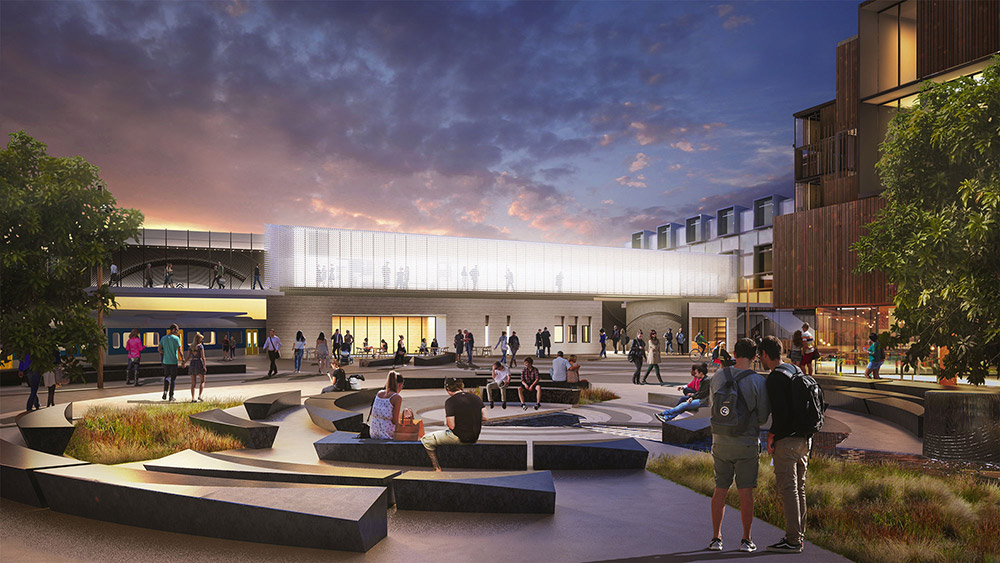 On 26 July Auckland Council and the government agreed to future proof the City Rail Link and expand station sizes to cater for rocketing growth in rail patronage across Auckland. The agreement to increase investment in the CRL means the tendering process can now consider work such as widening tunnel sizes, lengthening platforms at new rail stations to cater for nine carriage trains (rather than six), a second entrance for the Karangahape Road station and other associated station work.

The increased scope in the CRL has been agreed as a result of new estimates that predict that CRL stations need to cope with the capacity of 54,000 passengers an hour at peak rather than the original estimates of 36,000.

“Last year we achieved the milestone of 20 million passenger trips a year, four years ahead of schedule.

“The growth in popularity of rail travel in Auckland required council to take the decision today to increase our investment in the CRL and expand new rail stations to cater for the huge number of people who will be commuting by rail in the next ten years.

“Getting the work done now while CRL is still under construction will avoid retrofitting the system which would double the cost and require the tunnels to be closed for two years for widening within a decade of it being opened,” Phil Goff said.

Transport Minister Phil Twyford said increasing investment would ensure that when CRL opens in 2024 Aucklanders get a modern and efficient rail service that benefits the entire transport network for decades to come.

“A decade of under investment in transport infrastructure has bought Auckland to a near standstill.

“Today’s decision has allowed us to avoid repeating the mistakes of the past when within 10 years of opening the Auckland Harbour Bridge it had to be expanded from four lanes to eight,” said Phil Twyford.

Auckland Council’s Governing Body voted overwhelmingly to expand the scope of work to cater for increased capacity requirements of the CRL. The Cabinet approved this yesterday.

Costs associated with expanding the scope of work for CRL are confidential while the tender process to procure the work is underway. Exact costs will be known more precisely early next year once tenders are received.

The City Rail Link, which is jointly funded by the Government and Auckland Council, is the largest infrastructure project ever to be undertaken in New Zealand and consists of a 3.45km twin-tunnel rail link up to 42m below the city centre .

The City Rail Link Ltd which came into being on 1 July 2017, has full governance, operational and financial responsibility for the CRL, with clear delivery targets and performance expectations. The project ‘s total cost will be within a funding envelope of $3.4b Completion date of the CRL is due in early 2024.