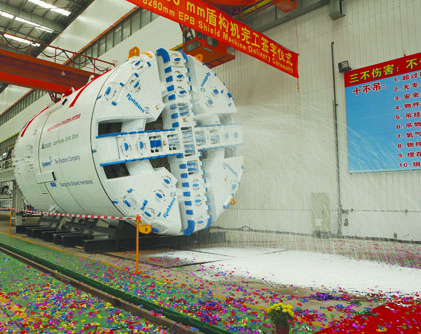 Late August saw construction of Azerbaijan’s third metro line get into gear with the launch, by contractor Azerkorpu, of a 6.3m diameter Robbins EPB. The TBM for is one of two EPBMs excavating parallel 3.5km tunnels approximately 15m apart.

So far, the ground has consisted of full-face clay, similar to London blue clay, with no appreciable ground water, pebbles or soil.  “The material is sticky, and our initial advance was limited because the pit size was only long enough to muck out with one car. Our machine performance has since improved,” said Brinkerhoff.

As the TBM mines, it is placing 5+1 universal concrete segments.  Muck is being stored in separate storage stations for each TBM, and is then trucked away during the day.

The machine features a mixed ground cutterhead with carbide bits that are interchangeable with disc cutters depending on the geology. Four independent foam injection points in the cutterhead evenly consolidate the face in the ground conditions.  The design results in decreased cutterhead wear and a smooth flow of muck into the mixing chamber. 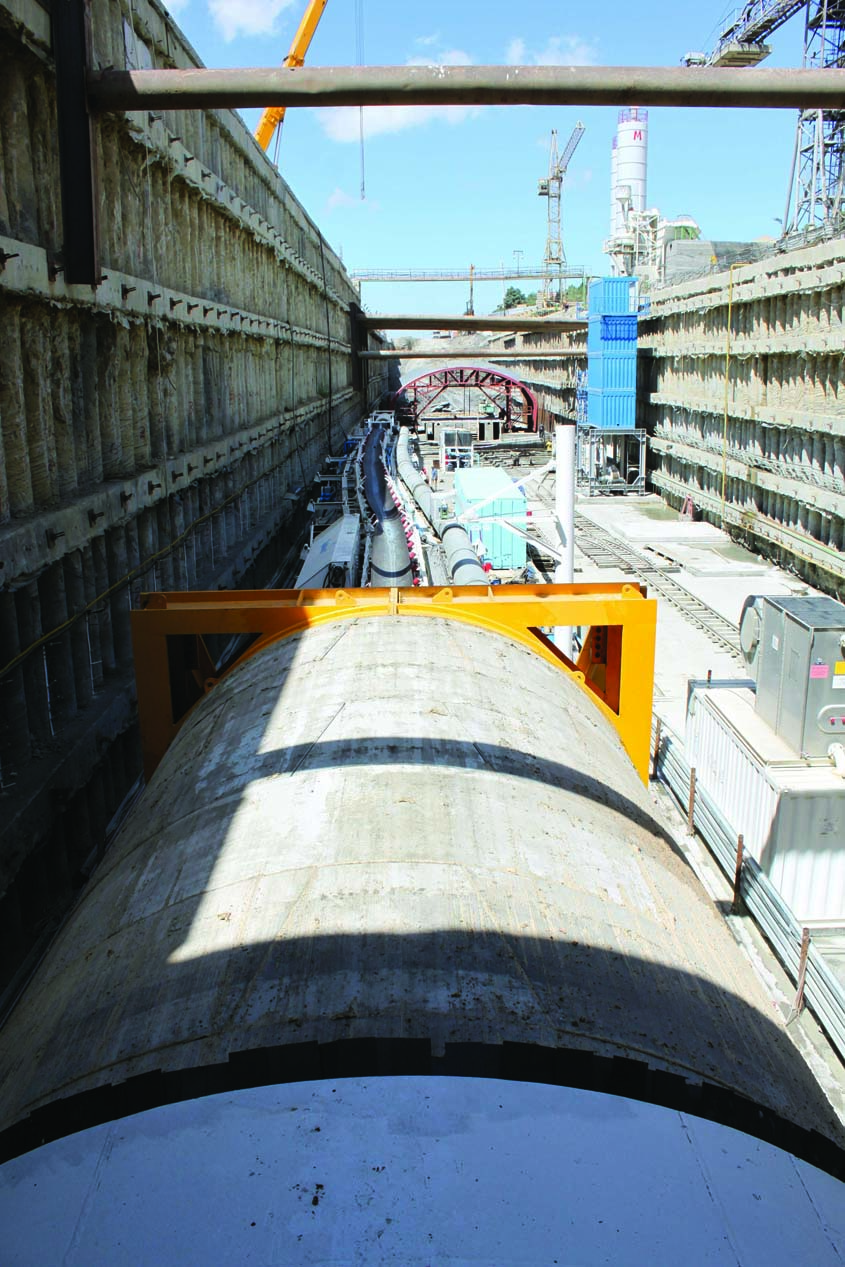 The new metro Line 3, for owner Metrostroy Azerbaijan, will connect to the existing Line 1 as well as a new bus station. The EPBs are excavating two sections connecting Cavadxan Station and Avtovaǧzal station sites.  Upon completion of the first leg, the machines will continue on to excavate between the Memar Ajami-2 station and an as-yet-unnamed station located near the Azerbaijani Defense Ministry’s hospital. The stations are expected to open in 2013.