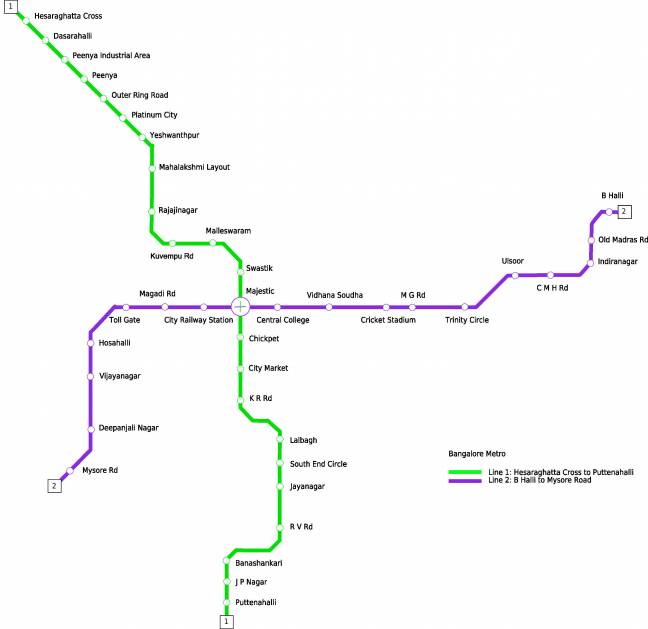 Mott MacDonald will provide detailed design services for Phase I of the Bangalore metro underground, encompassing four stations (Cricket Stadium, Vidhan Soudha, Central College, and City Railway Station). The project comprises a 4.5km underground corridor of which 3.3km will be twin bored with cut and cover tunnels as well as 470m of cut and cover ramps.

Mohan Gupta, Mott MacDonald’s project director said, “We are delighted to be able to play a key role in such a prestigious project. This complex project will require our leading edge skills in transportation engineering. Possible challenges include deep excavation for stations and tunnels in large variations of sub-soil and the effect of construction activity on existing buildings along the corridor route as well as traffic decking over deep excavations.”

BMRCL has also appointed Mott MacDonald for the detailed design of the proposed Majestic interchange station. The station, currently a major bus terminal will be developed to include two levels of interconnected platforms, a dedicated underground subway and a main concourse area. The consultancy is also designing two elevated corridors from Peenya village to Hessarghatta and from KR road to RV road, as well as the RV road terminal to Puttenhalli.

Mohan added, “Phase I of the Bangalore metro rail project is being developed as a complementary mode of transport and together with other modes of transport will bring down traffic congestion in Bangalore city.”

Phase I of the Bangalore metro rail project is due for completion in 2013.