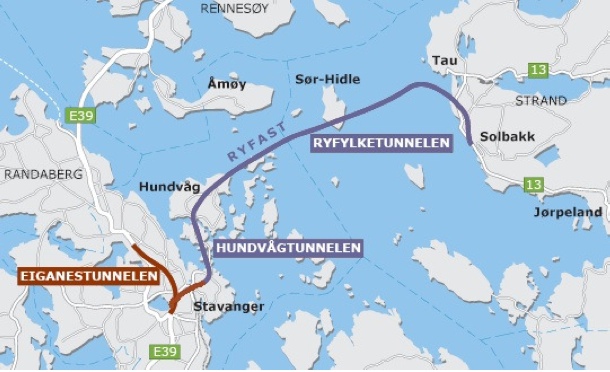 Bilfinger has won an order in the Norwegian city of Stavanger for the construction of the 5km long twin Eiganes Tunnel which will significantly reduce the volume of traffic in the city core. In the future, the European Route 39, one of the main traffic arteries on Norway’s southwest coast, will pass through the new tunnel.

The project has a total value of €230 million. It will be carried out by a JV in which Bilfinger holds a 60% stake and the Norwegian company Stangeland 40%.

Work on the twin tube tunnel includes construction of several access ramps as well as further connector tunnels. A 2.5km long new motorway section will also be built as will bicycle and pedestrian paths. “Bilfinger is specialized in smart civil engineering projects in the area of mobility and looks forward to contributing its expertise to the construction of underground traffic routes”, says Joachim Enenkel, Member of the Executive Board at Bilfinger. The partner, Stangeland, will assume responsibility for earthworks and road construction.

The project will be completed in 2018. In addition to relieving traffic pressure in Stavanger, the Eiganes Tunnel will also provide an improved inner city connection to the existing Ryfas Tunnel, an important transport link in southwest Norway.