Elon Musk’s Boring Company has submitted a proposal to build approximately 10km of tunnels in Miami as part of the City’s North Miami Beach Loop. The project could take some 36 months to build at an estimated cost of between $185M – $220M, according to the Boring Company proposal, as seen and reported on by ‘Business Insider’ .

Linking Golden Glades Transit System with Sunny Isles Beach via seven stations, the system would initially employ a fleet of Tesla cars to transport an estimated 7,500 passengers per hour. If successful the loop could be extended by 4.8km to Hard Rock Stadium, with an optional near 3km route built to provide access to Florida International University Biscayne Campus.

Currently the city is looking to secure funding for the project.

LVCC Loop opened in April 2021 for the Mecum Motorcycle Auction and has operated at all subsequent conventions. As an example, at the Consumer Electronics Show (CES 2022), LVCC Loop utilized 70 vehicles to transport CES attendees, where the average ride time was less than 2 minutes and the average wait time was less than 15 seconds.

On October 20, 2021, the Clark County Commissioners unanimously approved Vegas Loop, a 46.4km long tunnel network connecting 51 stations throughout the resort corridor and beyond. 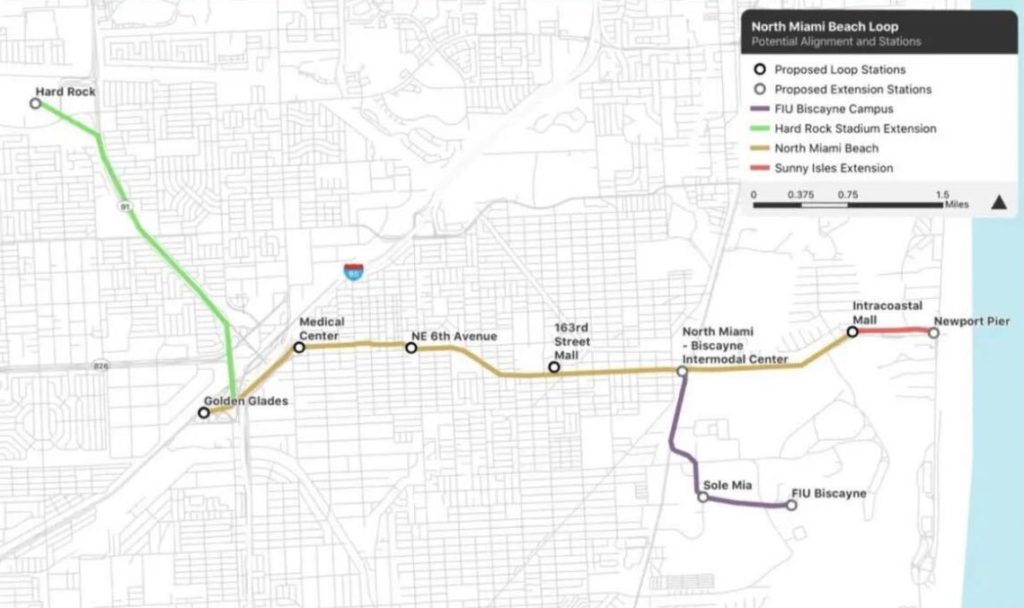