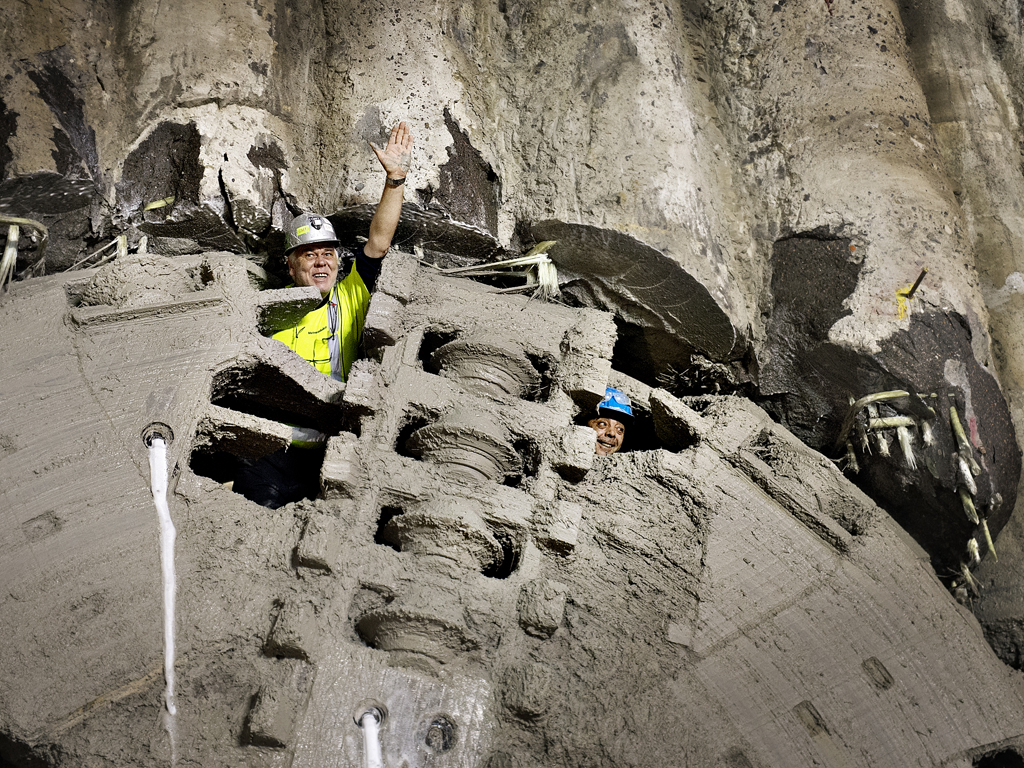 A milestone was reached in the construction of Copenhagen’s Cityringen metro circle line on January 29, when Denmark’s prime minister Mrs Helle Thorning-Schmidt and transport minister Mr Magnus Heunicke witnessed the breakthrough of TBMs ‘Eva’ and ‘Minerva’ into the station box at Copenhagen Central station.

The DKr 22.2bn ($US 3.4bn) Cityringen is due to open in July 2019, linking Copenhagen Central with the city centre and the districts of Østerbro, Nørrebro, Vesterbro, and Frederiksberg. The 15.5km underground line will have 17 stations, constructed at depths of up to 35m. Two branches are also planned that will extend metro services to Sydhavn and Nordhavn.

Civil works on the Cityringen are being carried out by the Copenhagen Metro Team consortium of Salini-Impreglio, Seli, and Tecnimont.

The metro station will be linked to the existing station by a tunnel beneath Reventlowsgade, which will join the existing subway linking the main line and S-Train platforms.

“For a lot of passengers Cityringen means fewer changes and an easier life,” says Heunicke. “And in the end it means more people will use public transport.”

The opening of the Cityringen is expected to double metro ridership to 130,000 passengers per day by 2025