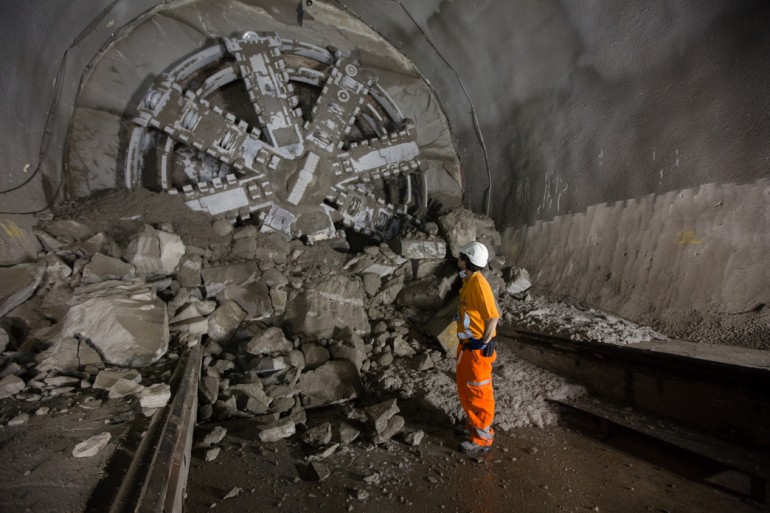 EPBM Victoria has successfully broken in to the eastern end of Liverpool Street Crossrail station. The breakthrough, 40m beneath the City of London, is part of Crossrail’s longest tunnel drive, 8.3km from Limmo Peninsula, near Canning Town, to Farringdon.

Victoria now has 750m of tunnel to bore, before arriving at her final destination at Farringdon station this spring.

Victoria has joined her sister machine Elizabeth at Liverpool Street who arrived in January. TBM Elizabeth will shortly begin her journey to Farringdon. Elizabeth’s arrival will link all Crossrail tunnels for the first time with the big east/west breakthrough at Farringdon in the spring.

On completion of Crossrail tunnelling, a total of 42km of rail tunnel will have been bored as part of Europe’s largest infrastructure project. Over 40km out of 42km have now been constructed.

Elizabeth and Victoria are the last of eight Crossrail tunnel machines to have carved a route beneath London linking the West End, the City, Canary Wharf and southeast London.

Liverpool Street is one of 10 new Crossrail stations being built in central and southeast London. The new station will be located between London Underground’s existing Liverpool Street and Moorgate stations, with connections to both.

Crossrail services through central London will commence in December 2018. When the TfL-run Crossrail service is fully open in 2019, it will give commuters easy access to destinations across London and the South East including Canary Wharf and Heathrow.

The station tunnels at Liverpool Street have been built by a joint venture comprising Balfour Beatty, BeMo Tunnelling, Morgan Sindall and Vinci Construction.