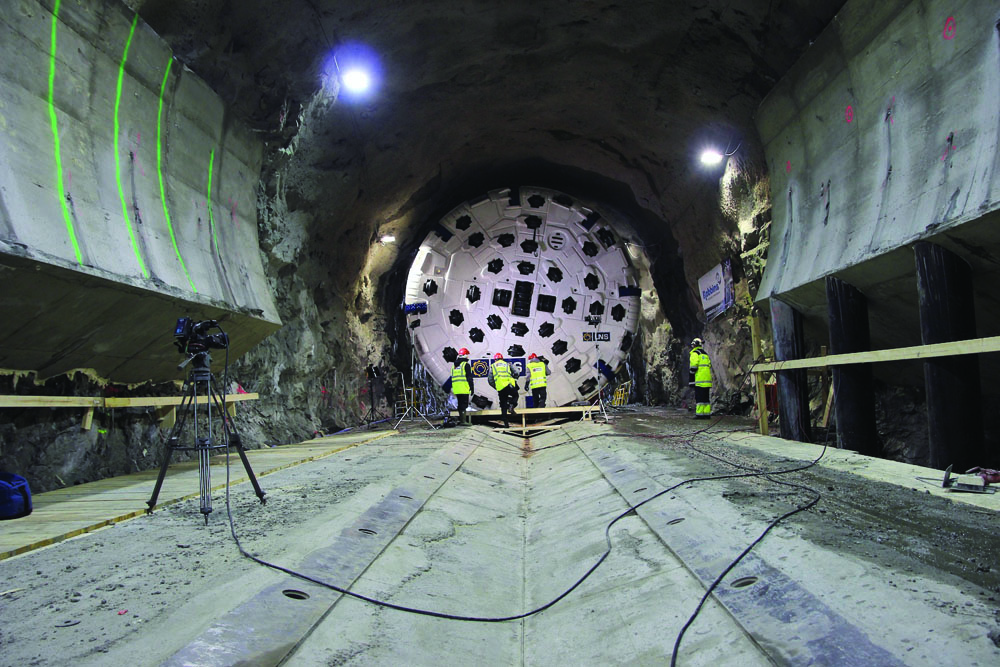 Boring is due to being this month on the first Norwegian tunnelling project to use a TBM for 22 years. Late November, 2013 saw a cutterhead turning ceremony on the 7.2m diameter Robbins Main Beam Machine that will be used to bore sections of the Røssåga Hydroelectric Project.

Located in northern Norway less than 100km from the Arctic Circle, the Røssåga Hydroelectric Project involves an overhaul and addition to existing power stations.  A new powerhouse, headrace and tailrace tunnel will be added, increasing annual generating capacity by 70 MW.

A 450m access tunnel and 7.4km long headrace tunnel through hard rock were awarded to Norwegian contractor Leonhard Nilsen & Sønner (LNS). The project was originally tendered as drill-and-blast. However, once LNS submitted an alternative TBM solution, the project owner identified the benefits of the TBM method, and asked for alternative TBM solutions from all bidders, eventually leading to the contract being awarded to LNS.

Assembled using Onsite First Time Assembly (OFTA) in order to expedite the project schedule, the
TBM was designed with 19-inch back-loading cutters for excavation in limestone, mica schist, mica gneiss, and granitic rock. Depending on the quality of the rock, the TBM may also excavate an additional 4.3km tailrace tunnel. 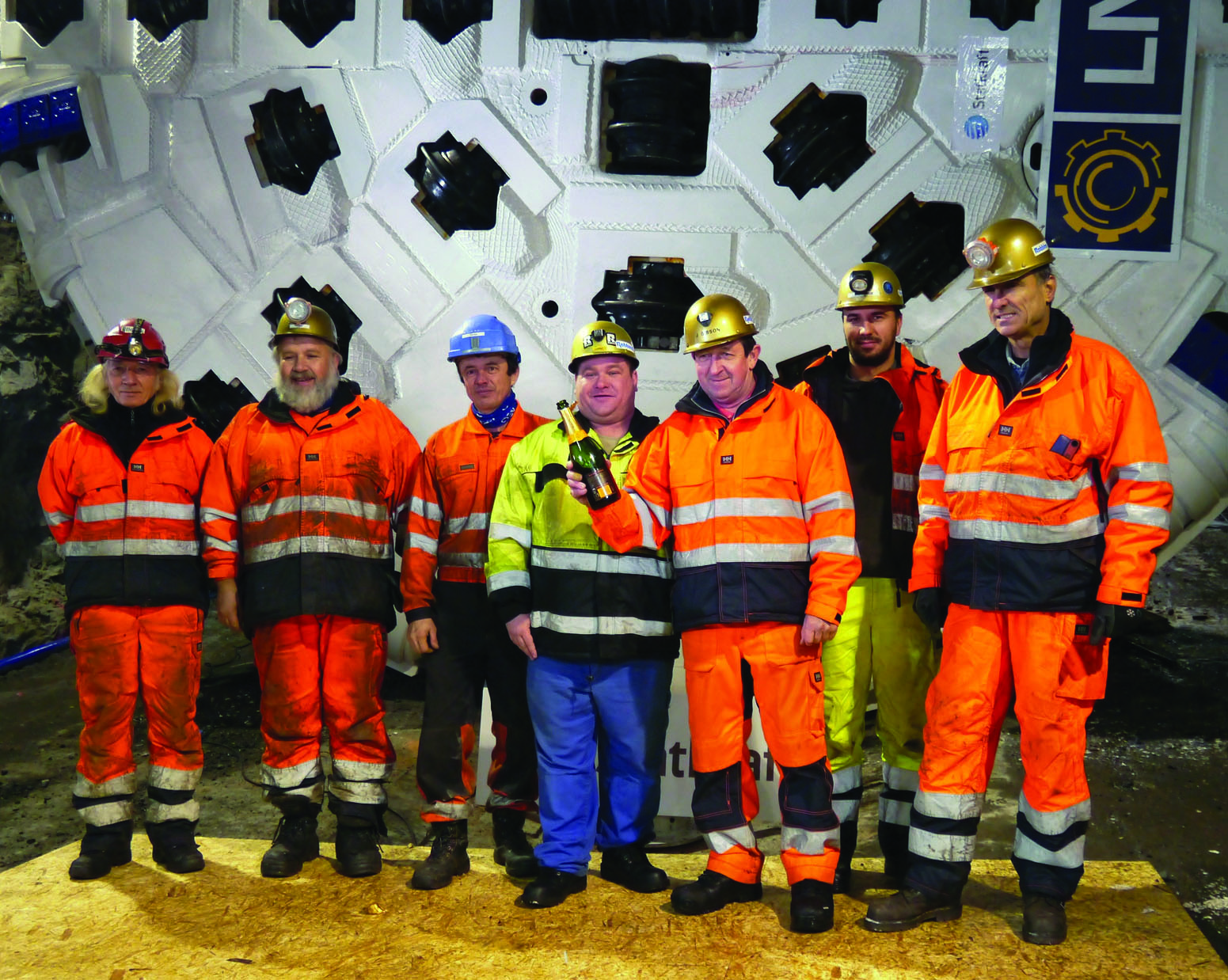 In preparation for the difficult ground, the TBM has been equipped with a powerful probe drill, and has the capability to install an additional probe drill if needed. The machine also has an integrated Measurement While Drilling (MWD) system, which provides electronic visualization of probe drill data. Primary rock support during tunneling will consists of two roof drills dedicated to rock bolting and mesh installations, the McNally roof support system using steel slats, and shotcrete systems.

LNS is expecting the tunnelling to be complete in summer of 2016, and the newly renovated power station to go online in spring of 2017.  They are confident in their choice of a TBM: “We think that more project owners will consider the use of a TBM as interesting after seeing that we’ve got the technology back in Norway again. We are already seeing it for upcoming projects in both infrastructure and hydropower.  We think TBMs are here to stay in Norway.”