Hudson River Amtrak plans get $185M boost from US feds 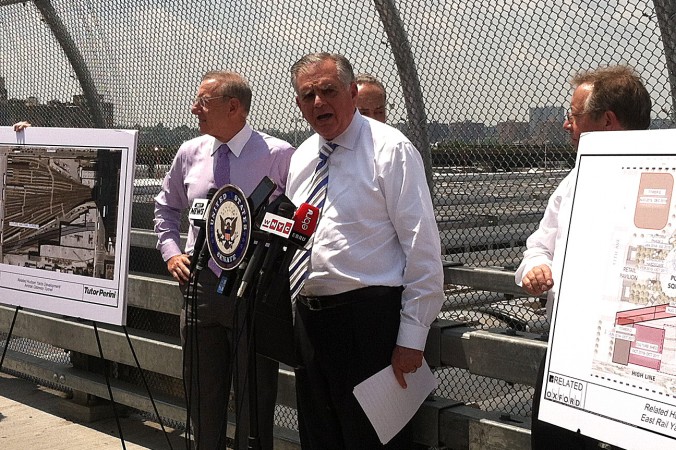 The funding will pay for an 800ft (245m) long concrete box that will be located between 10th and 11th avenues in the Hudson Yards. The tunnel box will preserve the right-of-way for two flood-resistant tunnels that will bring trains into New York’s Penn Station.

The storm surge from Sandy seven months ago flooded for the first time, four of six 103-year-old tunnels under the Hudson and East Rivers. The flooding halted train traffic in the Amtrak Northeast Corridor for five days.

“There’s going to be another Sandy,” said LaHood. “This is a great idea. It’s an idea about the future.”

Amtrak first announced the Gateway project in 2011. It would add 25 train slots to Penn Station during peak hours. The current system used by Amtrak and New Jersey Transit is operating at full capacity.

Portions of the Gateway project are already under way in Manhattan and New Jersey. The project’s cost was estimated at $14.5 billion in 2011. Amtrak expects to complete the project by 2025.