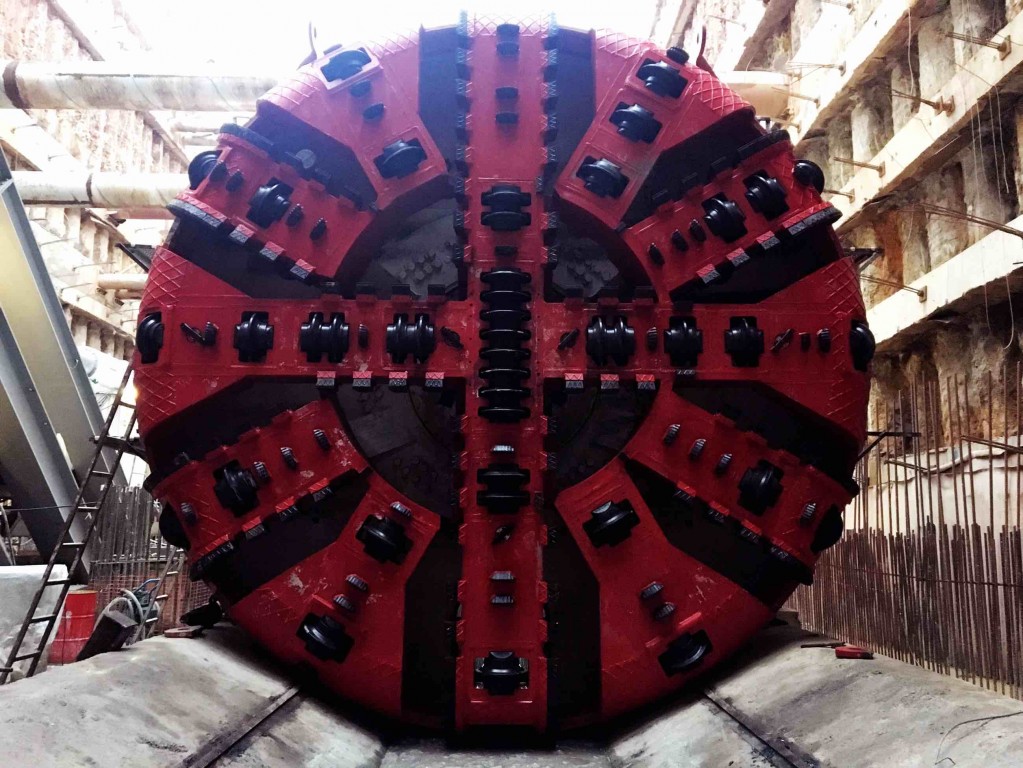 Two TERRATEC 6.56m diameter EPBMs are making good progress on the latest expansion of Istanbul’s Metro system, with both machines now fully up and running and achieving good advance rates for the project.

The new TBMs are being used by the Şenbay Madencilik-Kolin-Kalyon Joint Venture (SKK JV) – along with two other machines – on the €1.4bn Dudullu-Bostancı Metro Line project, which runs approximately north to south under the densely-populated Anatolian side of the city (see map). The 14.2km-long line, along with its 13 new stations, will be located entirely underground at an average depth of about 30m.

Assembly of the TERRATEC S50 and S51 machines began at a central shaft site at Kayışdağı station in early February and by early March the S50 machine had already been launched south-west toward Içerenköy station. Three weeks later, the S51 machine also began mining north-east on its journey towards Türk-iş Blokları station.

“We were very impressed with the speed and efficiency of the TBMs’ assembly,: says Enver Koc, Chief Tunnel Mechanical Engineer for the Şenbay Madencilik-Kolin-Kalyon JV. “From clearing customs to being ready to bore so quickly was a great achievement.”

The S50 machine will now mine 4,585m towards the coast passing through stations on its way and terminating at an intermediate shaft located to the north of Ayşekadın station (with the balance of the running tunnel to Bostancı being completed by NATM). By the second week of May, the TBM’s conveyor system had been fully installed and it had already advanced 524m.

Meanwhile, the S51 machine is due to mine a total distance of 5,135m to Yukarı Dudullu (with another section of NATM works completing the line to Depo). Having been launched a few weeks later than the S50 machine, this TBM had advanced 202m by mid-May and, with all its systems fully installed, was rapidly picking up speed.

The tunnel linings will consist of reinforced concrete trapezoidal segments (5+1), with an outer diameter of 6,300mm, an inner diameter of 5,700mm and a width of 1,400mm. These are currently being produced by SKK JV at its factory in Ferhafpasa, which is located about 10km away from the central project worksite. 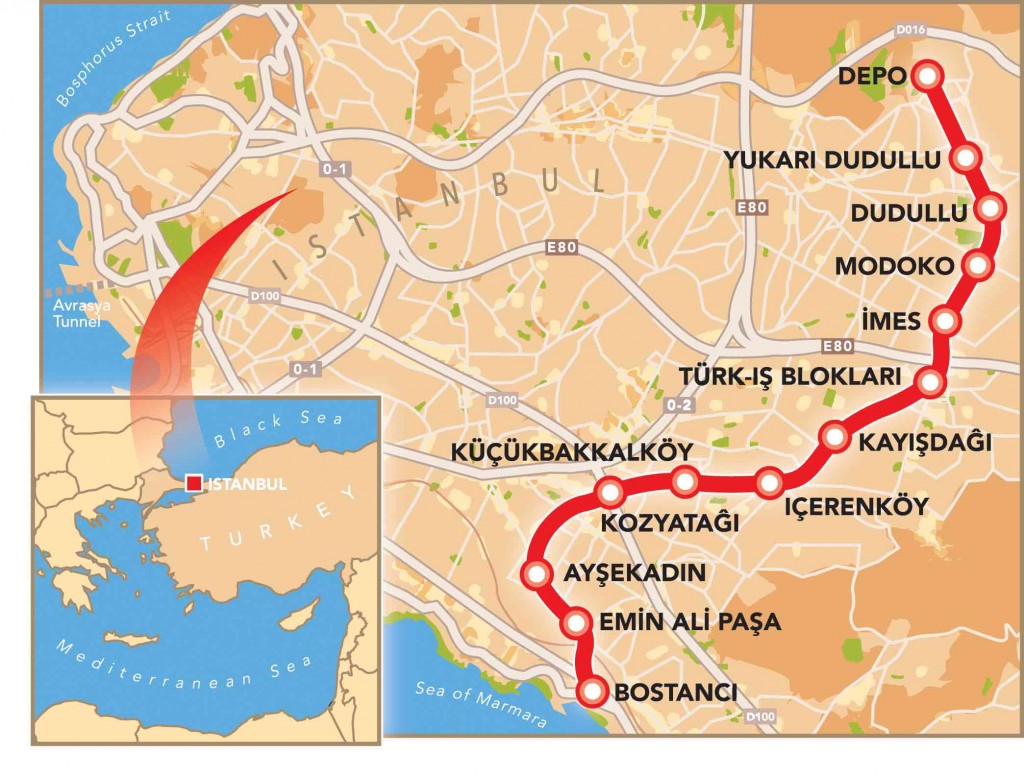 The fully automated Dudullu-Bostancı Metro Line (GoA4) – with driverless trains, CBTC, and platform screen doors at stations – will provide numerous connections to other Istanbul transportation systems, such as the Bosphorus ferry (at Bostancı Harbour), the Marmaray railway, the Kadıköy-Kartal metro line and the Üsküdar-Çekmeköy metro line.

Tunnelling is expected to be complete by spring 2018, with the project due to open to the public in mid-2019.