Home > Last Sydney TBM now out of the ground

Last Sydney TBM now out of the ground 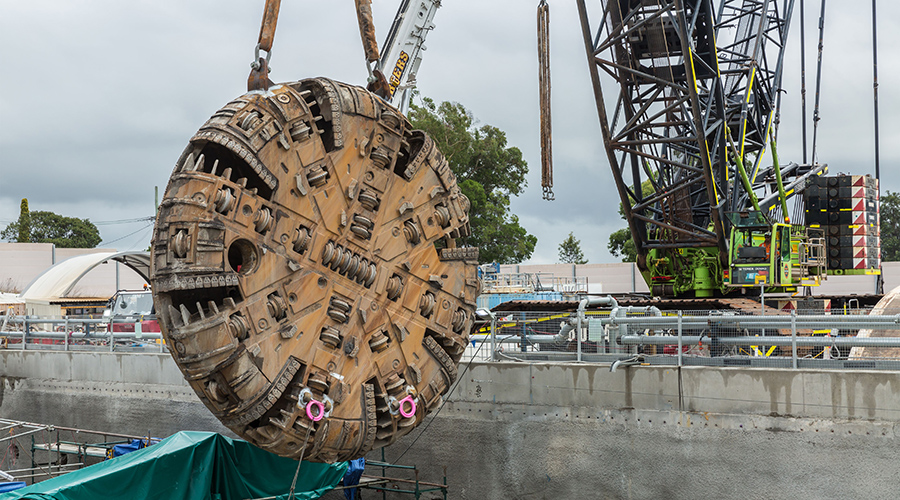 The last Sydney Metro Northwest tunnel boring machine has been pulled out of the ground in a precision operation. Tunnel Boring Machine 2 Florence finished her journey at Cherrybrook on January 14 after digging 9km from Bella Vista, marking the end of tunnelling for Australia’s longest railway tunnels.

Florence has been progressively dismantled and her massive 105-tonne cutter head has now been lifted 10m to the surface. Florence was one of four mega borers building the twin 15km tunnels from Bella Vista to Epping, which were completed in 16 months.

Named after Florence Taylor – Australia’s first female architect, structural engineer and civil engineer – TBM2 chewed through more than 768,000 tonnes of Sydney Sandstone and shale and went through 616 hardened steel teeth due to the forces of tunnelling.

Sydney’s new metro trains start in the first half of 2019 with a service every four minutes in the peak.

The facts on the $1.15bn tunnelling contract: