Singapore’s Land Transport Authority (LTA) has awarded two civil contracts for the design and construction works of the Cross Island Line Phase 1 (CRL1) at a combined contract value of $766M.

The first contract was awarded to Hock Lian Seng Infrastructure Pte. Ltd. for the design and construction of Aviation Park station and tunnels at a contract value of $320M.

Construction works for the Aviation Park station are expected to start in the first quarter of 2022, with passenger service slated to commence in 2030.

Aviation Park station is an underground station located next to Changi Coast Road and Aviation Park Road. The ground conditions in this area are expected to be challenging as they are made up of thick layers of underlying marine clay. Safety measures will be taken when carrying out the Earth Retaining and Stabilising Structure and deep excavation works to ensure stability of the ground and surrounding structures. The works will be carried out under strict compliance to regulations including aviation height restrictions given its proximity to the Changi Airport compound. LTA and the contractor will monitor the works closely to ensure that they are carried out safely.

The civil contract for the design and construction of the bored tunnel between Tampines North and Defu stations was awarded to Nishimatsu Construction Co., Ltd at contract value of $446M. The contract includes the construction of a facility building with underground basements to cater to the electrical and mechanical requirements of CRL1.

A large-diameter TBM, 12.6m in diameter, will be used to construct a single 2.9km long tunnel with two tracks in it. This will be the largest TBM ever to be deployed in Singapore and it is expected to increase work productivity and reduce manpower requirements. The tunnel will be constructed at an approximate depth of 35m below ground level, and is almost 50m underground at its deepest.

Tunnelling will be carried out mostly in Old Alluvium, which is a predominantly soil-like material comprising sandy and silty clay. This abrasive ground condition is expected to cause some wear to the TBM’s cutting equipment. LTA and the contractor will closely monitor the TBM’s progress and ensure that all works are carried out safely and timely with minimal impact to existing structures, including the shophouses in the area. Construction works for the bored tunnel between Tampines North station and Defu station are expected to start in December 2021.

The CRL is Singapore’s eighth MRT line. It will serve existing and future developments in the eastern, north-eastern and western corridors, linking major hubs such as Jurong Lake District, Punggol Digital District and Changi region. The CRL will have almost half of its stations as interchanges with other rail lines, making it easier and more convenient for commuters to travel across the rail network.

CRL1 is 29km long and comprises 12 stations from Aviation Park to Bright Hill. This will serve residential and industrial areas in Loyang, Tampines, Pasir Ris, Defu, Hougang, Serangoon North and Ang Mo Kio and benefit more than 100,000 households. With CRL1, common recreational spaces such as Changi Beach Park and Bishan-Ang Mo Kio Park will be more accessible by public transport. Studies on the details of subsequent CRL phases are ongoing. 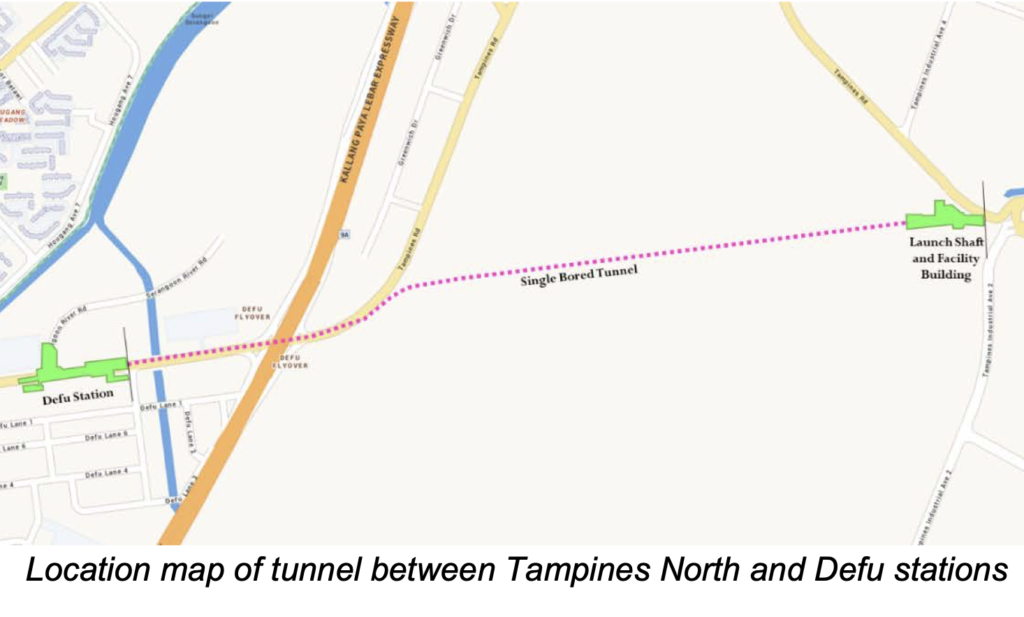