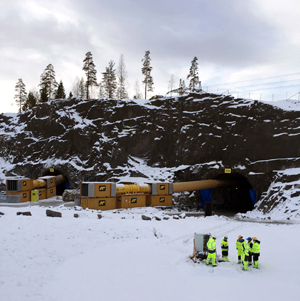 The Norwegian National Rail Administration, announced on March 03, that a Joint Venture of Acciona Infraestructuras SA and Ghella SpA has been awarded the main $1.1 billion TBM tunnel contract for the Follo Line Project. It is the largest railway contract to date in Norway, and includes the longest rail tunnel ever to be constructed in the Nordic countries.

The JV was selected on an overall assessment of price, technical feasibility and performance. The 8.7 billion NOK (US$1.1 billion) contract is scheduled to be signed before Easter and work will commence immediately thereafter.

This is the second of four large EPC contracts to be awarded for the Follo Line Project (see table below), the largest infrastructure project in Norway. The mega project is being executed by the Norwegian National Rail Administration (NNRA) on behalf of the Ministry of Transport and Communications.

The magnitude of the project, and this contract in particular, has attracted much interest from major national and international contractors. The competition has been extensive and the project well received, said NNRA Deputy Director General, Gunnar G Løvås.

Twin Tunnels
The Follo Line will form the core element of InterCity development from Oslo southwards to the public transport center of Ski. The key component of the project is the twin 20km-long tunnel, which will become Norway’s longest rail tunnel.

In addition to the twin bore tunnel and the development of a large staging area at Åsland, the contract includes the blasting of large TBM assembly chambers located approximately 1km inside the mountain. Access tunnels to this area are currently being constructed under a separate advance works contract. In the assembly halls, four TBMs – each with a diameter of less than ten meters – will be assembled and launched. 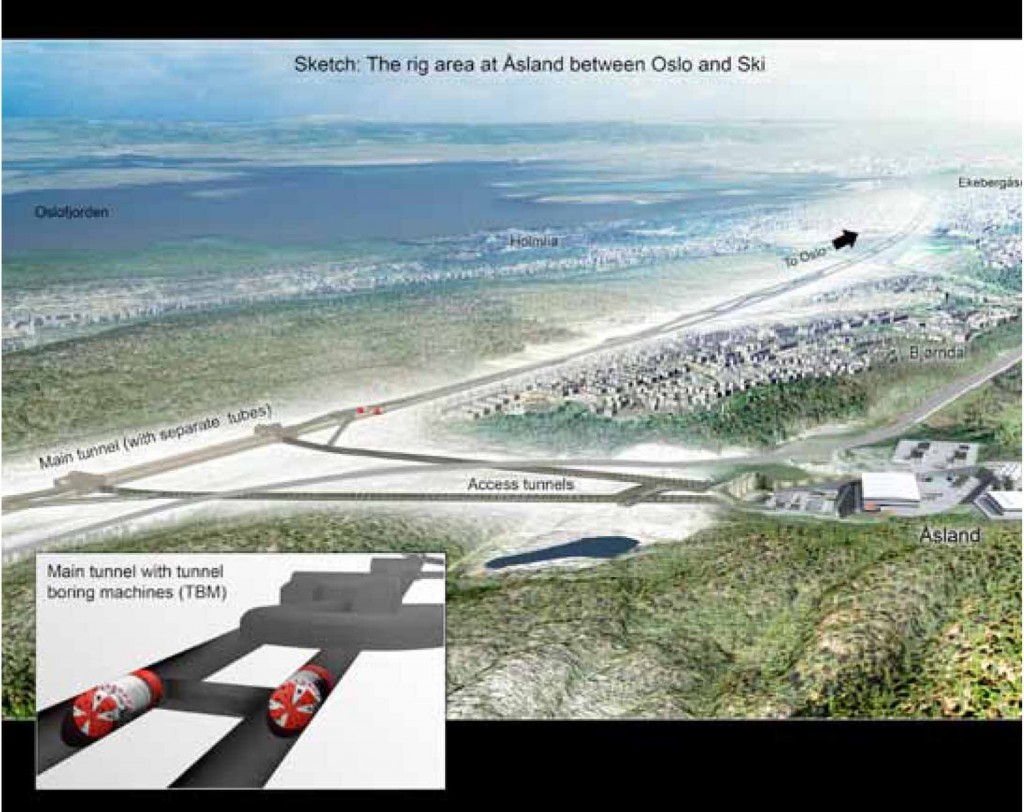 The machines will be used to mine two 19km-long tunnels, between Oslo and the new Ski station. Two of the machines will drive north towards Oslo and two machines will mine south toward Ski. The northern section of the tunnel will be partially excavated by conventional methods and partly by drill & split. This work forms part of the other tunnelling contract, which was officially awarded to Condotte last week.

The Acciona/Ghella JV will also perform all the railway installations, with the exception of the signalling system. All mechanical and electrical equipment in the tunnel will be installed in approximately half of the 44 cross passages to be built between the two tunnels.

A significant contract
It is a significant contract for several reasons, said Follo Line Project Director, Erik Smith: Due to the magnitude of the contract, the fact that railway technical installations are included for the first time in an EPC contract of this size, and that this is the first tunnel contract in Norway to include the use of four TBMs.

“We are pleased that this important EPC contract for the Follo Line Project has been met with such large interest. The offers we have received and the possibility for us to nominate the JV indicates that the strategy and the terms of contract for this tunnel work are correct,” emphasized Smith.

Acciona and Ghella, who have headquarters respectively in Madrid and Rome, have previous experience in the delivery of similar tunnel and rail mega projects. In 2009 they completed the Italian Bolognia Junction High Speed Railway Line, and in 2015 they will complete the Legacy Motorway Tunnels, in Brisbane, Australia.

The Joint Venture has sourced key competence in Norway through the Norwegian departments of PEAB (for groundworks at Åsland) and Atkins (railway engineering expertise). Through the law firm Haavind, the JV will ensure that Norwegian employment rules and wage conditions are fully understood and complied with.

In accordance with Norwegian and European public procurement legislation, a complaints period is allowed that – reflecting the size of the contract – has been set at 16 days.

The staging area
At Åsland, in the outskirts of Oslo, the AF Group is preparing a staging area for the TBM construction works. Concrete tunnel lining segments will be produced here and two access tunnels are currently being excavated under an advanced works contract to provide access for the excavation of the two main TBM assembly chambers.

During construction these access tunnels will be used for incoming and outgoing construction traffic, in addition to transporting excavated materials from the tunnel, which will be accomplished via conveyor belts. The staging area also includes a transformer station that will provide power for the TBMs. 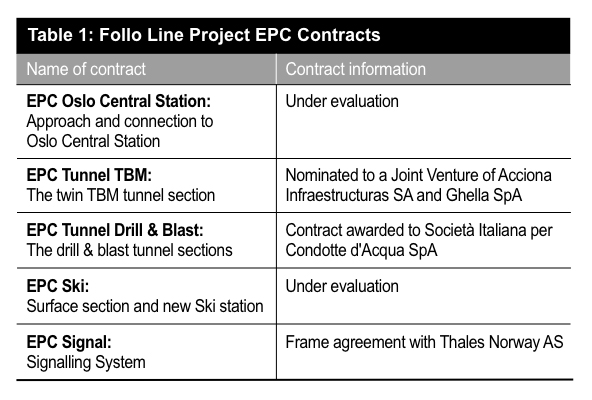