The Andrews Labor Government in Victoria, Australia, has opened Expressions of Interest for the biggest ever Initial and Early Works package on an infrastructure project in the country’s history – Melbourne’s 90km long Suburban Rail Loop. The EOI closes at 2PM on 29 January, 2021.

Minister for Suburban Rail Loop Jacinta Allan today announced that interested parties are being sought to deliver the first phase of construction on Stage One of the Labor Government’s state-shaping project. Stage One will connect precincts in Melbourne’s south east between Cheltenham and Box Hill, via 26km twin rail tunnels.

After registering in the pre-qualification process, some of Australia’s leading construction companies have signalled interest in delivering this program of works – which will create up to 800 direct jobs, ahead of the creation of up to 20,000 jobs during the project’s major construction process.

The Victorian Budget 2020/21 invested $2.2bn to kickstart this procurement process, buy the land required for the TBM launches and facilitate construction of the six new underground stations.

The Suburban Rail Loop is a critical investment in Victoria’s long-term liveability, and will support Melbourne’s continued growth to a global city of up to nine million people by 2050.

The project will connect Victorians to more services than ever before – whether they live in Melbourne’s suburbs or in the regions, the Suburban Rail Loop will cut travel times, make more areas accessible to everyone and allow people to work closer to where they live.

The proposed locations for the Stage One train stations include the starting point of the line near Southland, adjacent to Monash and Deakin universities, in the centre of Box Hill and Glen Waverley, and a major transport hub to be created north of Carinish Road, Clayton, connecting regional passengers to the Loop.

Minister for Suburban Rail Loop Jacinta Allan said,  “This is the biggest transport project in Victorian history and it will transform our state forever – we know that the best construction companies want to be a part of delivering it.”

“We said we’d get on and deliver Stage One of Suburban Rail Loop and we’re not wasting a second – this early phase of construction is going to create hundreds of local jobs and make this huge project a reality.” 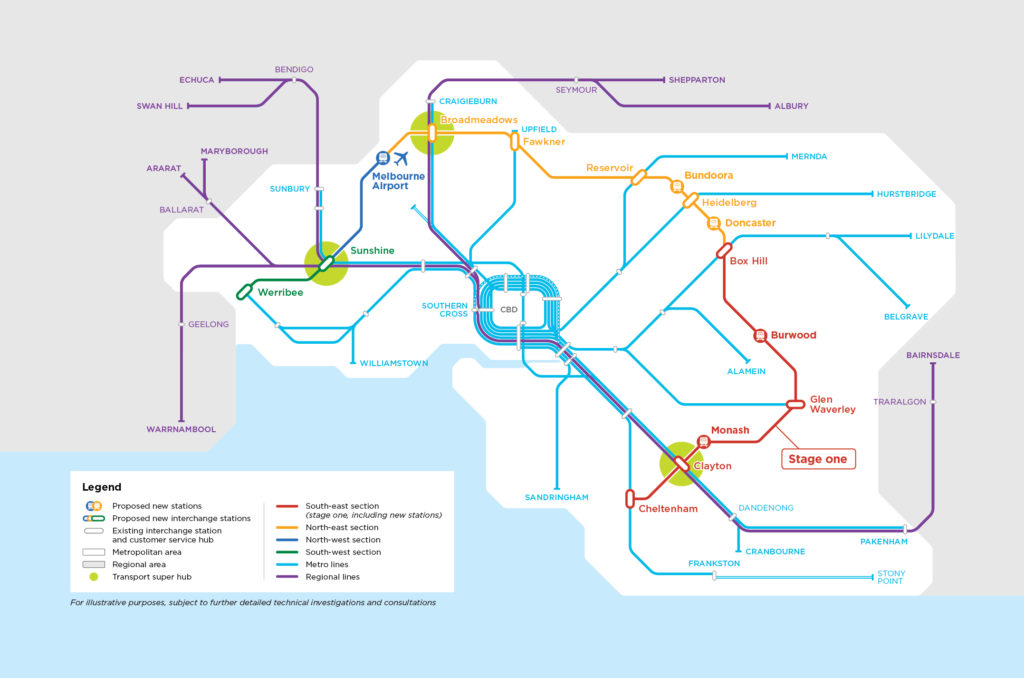