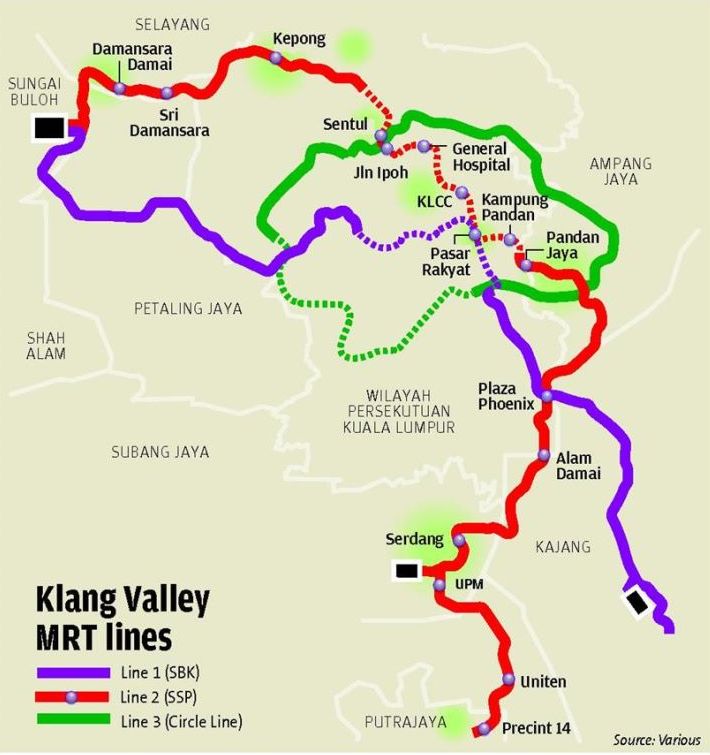 Malaysia’s Mass Rapid Transit Corporation (MRT Corp) announced today, March 31, 2016, that the Underground Works Package for the MRT Sungai Buloh-Serdang-Putrajaya (SSP) Line has been awarded to MMC Gamuda KVMRT  (MGKT). The value of the contract is RM15.47 billion (US$3.97 billion). This is the largest work package for the construction of the SSP Line.The award was made following a One Stop Procurement Committee (OSPC) meeting chaired by Prime Minister Dato’ Sri Mohd Najib Tun Abdul Razak.

The Underground Works Package involves the design, construction and completion of tunnels, underground stations and associated structures such as portals and escape shafts for the SSP Line’s 13.5km underground alignment from the Jalan Ipoh North Esscape Shaft to the Desa Waterpark South Portal.

MRT Corp Chief Executive Officer Dato’ Sri Shahril Mokhtar said the successful contractor for the Underground Works Package had a proven track record in carrying out tunnelling and other underground works in the challenging geology of the Klang Valley.

“The working relationship between MRT Corp and MGKT began with the MRT Sungai Buloh-Kajang Line. This good relationship can now continue with the SSP Line,” he said.

MGKT was one of five companies shortlisted during a pre-qualification excercise carried out in June 2015. The other four shortlisted companies were China Railway Group Limited (CREC), China Communications Construction Company Limited, Taisei Corporation and Hyundai Engineering and Construction Co Ltd.

MRT Corp will be issuing the Letter of Award to the successful contractor in the near future.