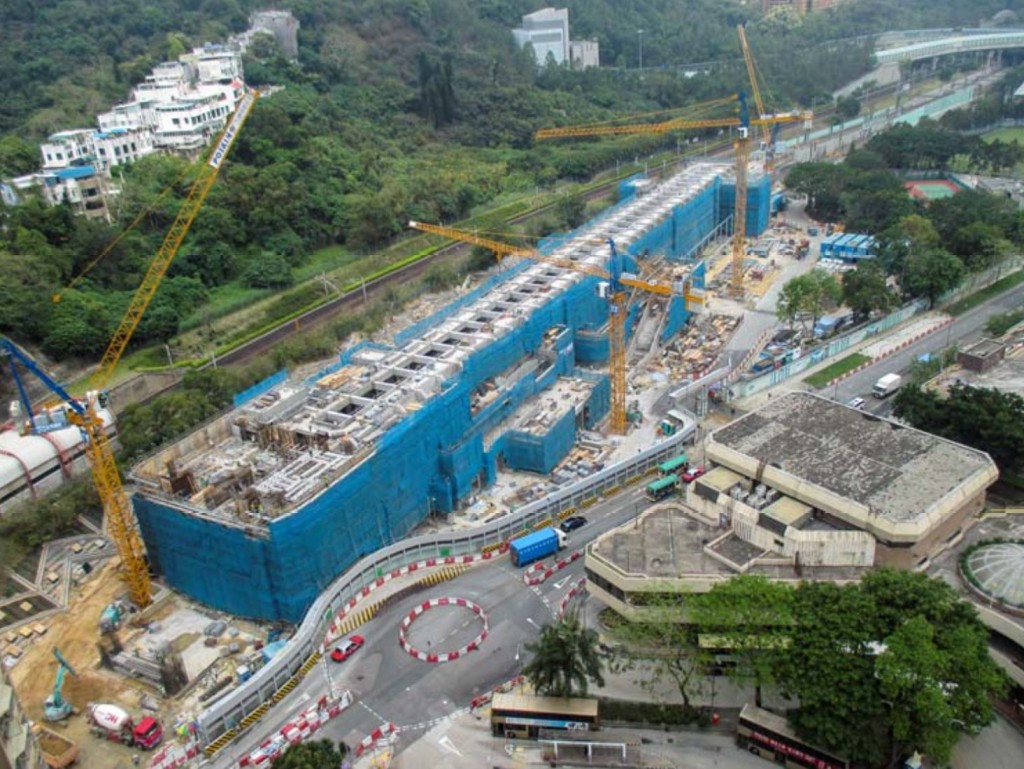 The Hong Kong MTR’s Shatin to Central Link (SCL) project team celebrated a major achievement on 30 April 2015 with the topping-out of Hin Keng Station, the first of the 17km long fully underground SCL’s six new stations to be topped out.

A ceremony was held at the site to signify the completion of civil works for the station and the start of electrical, mechanical and other fitting out works as well as the laying of rail tracks.

Dr Philco Wong, Projects Director of MTR Corporation and Mr Henry CHAN Chi-yan, JP, Principal Government Engineer, Railway Development Office of the Highways Department joined other guests officiated the ceremony. “As Hin Keng Station takes shape, we are one step closer to the delivery of the Shatin to Central Link. This is a strategic railway project that will connect a number of existing railway lines to form two strategic railway corridors, the `East West Corridor’ and the `North South Corridor’. It is a project that will connect and create communities and provide a more direct and convenient railway service for our city, including residents of Hin Keng,” said Dr Philco Wong.

“I would like to thank district councillors and members of the local community for their support of this project. Your support is vital to our mission and your encouragement drives us forward,” he added.

The SCL is a territory-wide strategic railway project with 10 new and extended stations. Upon completion of the Tai Wai to Hung Hom Section of SCL, the Ma On Shan Line will be connected with West Rail Line at Hung Hom Station to form the East-West Corridor.

Hin Keng Station is an at-grade station of two storeys with Station entrance provided at Che Kung Miu Road. To facilitate construction of the station, a reprovisioned New Territories South Animal Management Centre and Shatin Plant Quarantine Station has been provided in 2013 for the Agriculture, Fisheries and Conservation Department in nearby To Shek.