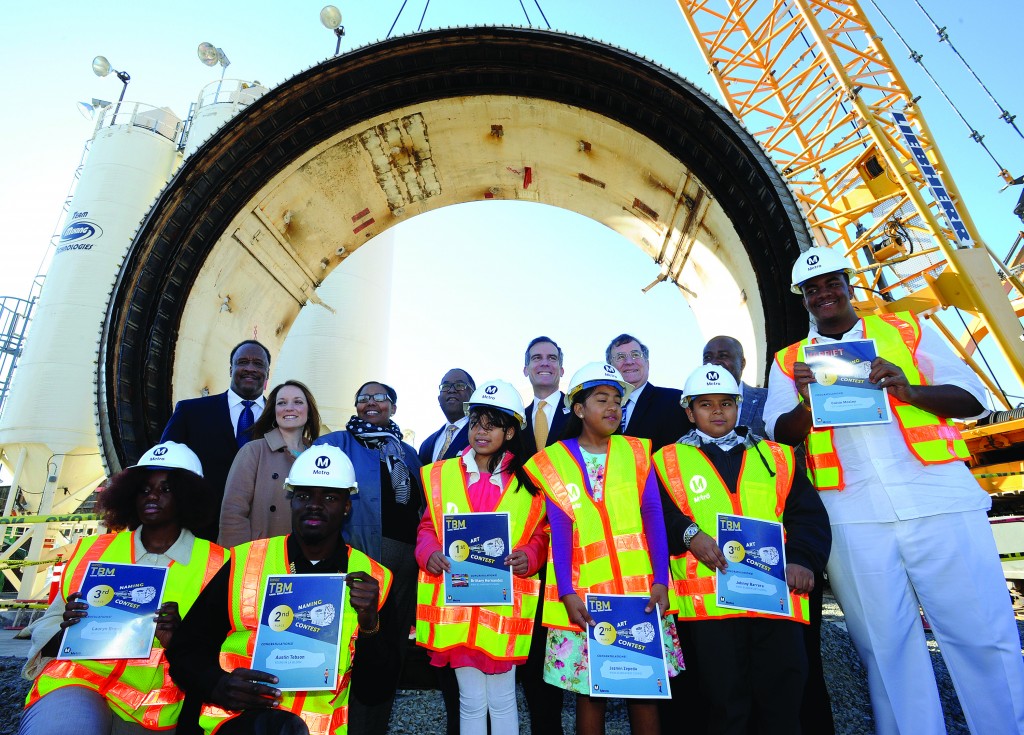 On February 1, the Los Angeles County Metropolitan Transportation Authority (Metro) held an event to celebrate the naming and eventual lowering of the 21ft (6.4m) diameter Herrenknecht EPB TBM that will be used to excavate the tunnels for the Crenshaw/LAX Transit Corridor Project.

The machine was named “Harriet” in honor of Harriet Tubman an abolitionist and humanitarian in the 1800s.
Walsh-Shea Corridor Constructors – comprising Walsh, J.F. Shea, HNTB, Comstock and ARUP – was awarded the $1.27 billion design-build contract for the Crenshaw/LAX Transit Corridor Project in June 2013. The 8.5-mile light rail line extension, including eight stations, will run between the Expo Line on Exposition Boulevard and the Metro Green Line, and includes at-grade, below grade, and aerial sections.

Harriet will be launched from the southeast corner of Exposition and Crenshaw boulevards and will excavate twin 1-mile (1.6km) tunnels, approximately 70ft (20m) below ground, that connect three underground stations. Tunnel excavation is expected to last 13 months.

Metro invited students from kindergarten through fifth grade to create an illustration of the TBM and students from sixth through 12th grade to write a 200-word essay proposing a name for the TBM. More than 230 essay and artwork submissions were received.
The winner of the naming contest was Calvin Mosley, an 11th grade student from City Honors High School, in Inglewood. Calvin proposed using Harriet Tubman, who was an African-American abolitionist. Born into slavery, Tubman escaped and subsequently made some 13 missions to rescue around 70 enslaved family and friends, using the network of antislavery activists and safe houses known as the Underground Railroad.