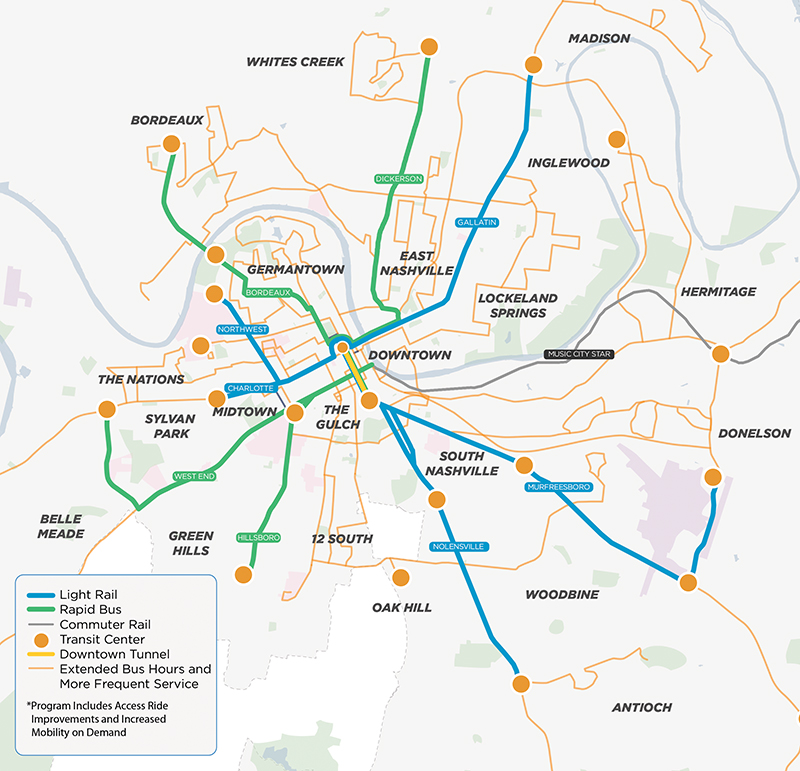 The Metropolitan Government of Nashville and Davidson County’s (Metro) transportation solution is the culmination of multiple strategic plans and legislative efforts to allow for transit improvements in Nashville. The plan – which will be funded by a range of fees, including business, sales and tourism taxes – aligns with the IMPROVE Act that was approved by state legislature earlier this year.

“Investment in transportation today is an investment in Nashville’s future,” said Mayor Barry. “This comprehensive transportation solution will connect more neighborhoods with each other and open the door even wider to the city’s job, education and entertainment centers. We will make sure that no one is left behind.”

Once the transit plan is independently reviewed and approved, Metro Council will be asked to consider an ordinance that will authorize the plan to be placed on the ballot for the May 1, 2018 election.

For more information on the project, click here: www.nashville.gov/