Home > Niagara gears up for commissioning

Niagara gears up for commissioning 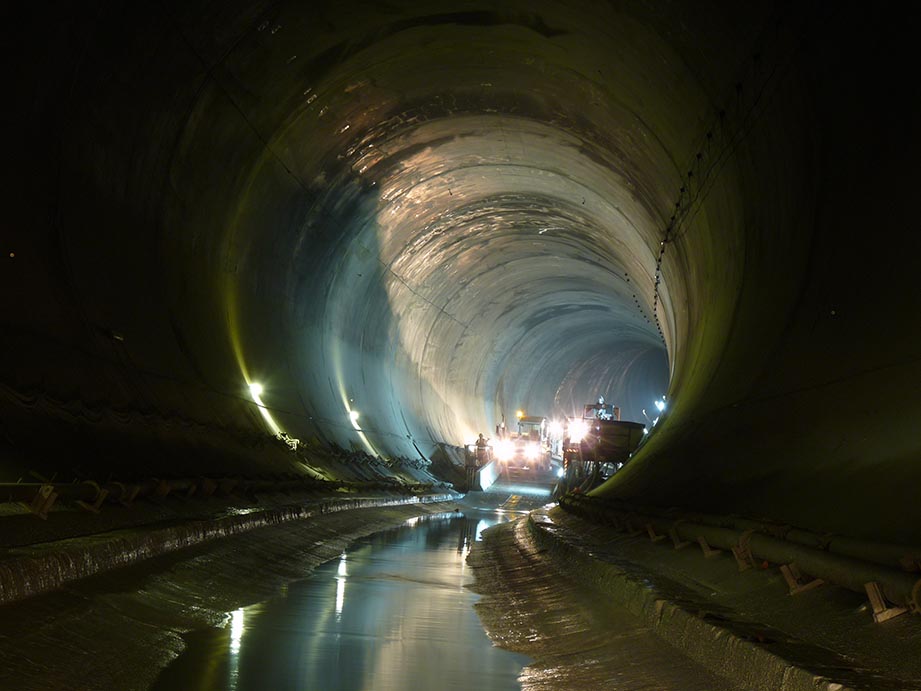 November 15 marked yet another milestone for Ontario Power Generation’s 6.4-mile (10.2km) long Niagara Tunnel Project, in Canada. With 10 steel stop-logs – weighing in at 215 tonnes – in place at the tunnel intake, main contractor Strabag successfully filled the intake channel with water from the Niagara River.

Subcontractor Bermingham Construction has since begun to remove the cofferdam that was erected in 2006 to dewater the area. Once the gravel fill from the cofferdam cells has been removed, Bermingham will detach the steel pilings allowing river water to flow unimpeded. 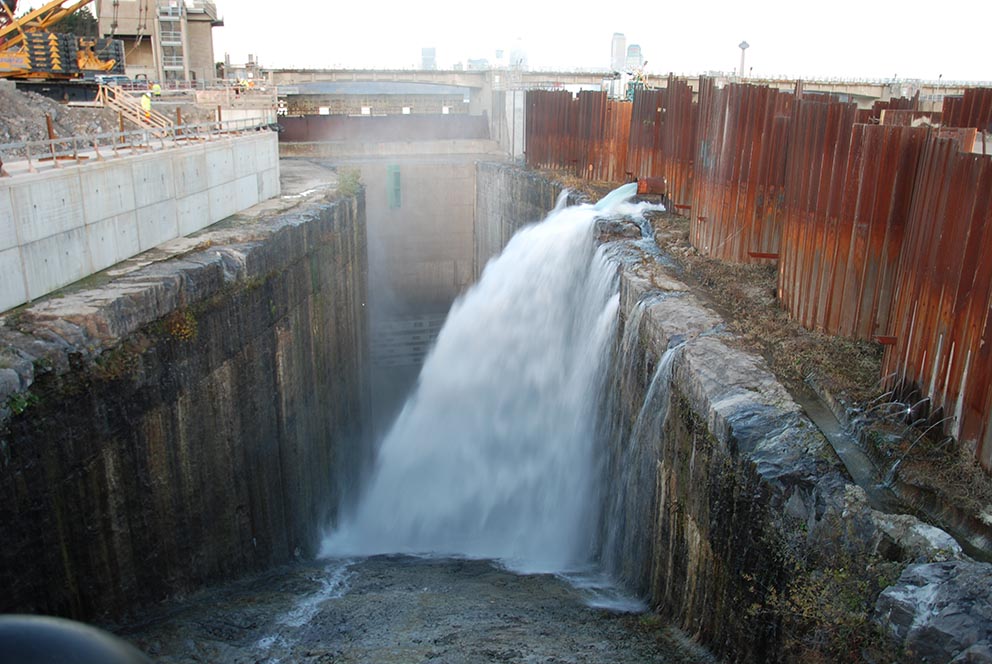 On November 8, a ceremony was held at the tunnel withGovernment of Ontario politicians, including officials from OPG and Strabag, as well as other local dignitaries, to mark the final placement of concrete to signify the completion of the concrete pouring phase inside the tunnel. In total, about 300,000m3 of concrete was poured.

In early December, Western Mechanical was about to begin transporting the concrete arch forms through the tunnel to the outlet channel where they will be dismantled. Meanwhile, Canadian Overhead Handling (COH) continued to erect the closure gate at the outlet structure.

Castonguay has commenced drill and blast sequences at the outlet rock plug. This 44m (144ft) thick rock barrier will be narrowed to 12m (39ft). When ready, the final blast will open the outlet channel to the existing canal. The gate at the outlet will prevent the tunnel from flooding until interface grouting of the tunnel lining is completely finished.

“Safety has always been our focus. It’s good that we came through the most technically challenging part of the project without a major accident,”says Strabag’s Project Manager, Ernst Gschnitzer. “Now that the job is in the home stretch I continue to remind myself and my colleagues to keep safety top of mind, to keep that good record so we can celebrate our safety record when we hand over the project to our client”

OPG awarded a CA$600 million design-build contract for the Niagara Tunnel to Strabag on August 18, 2005, based on its proposal to excavate the tunnel with a 47.4ft (14.4m) Robbins main beam gripper TBM and a two-pass lining. The project will bring more water from the upper Niagara River to the Sir Adam Beck hydroelecricity generators. The additional water will allow OPG to generate enough clean, renewable, electricity to power about 160,000 homes.