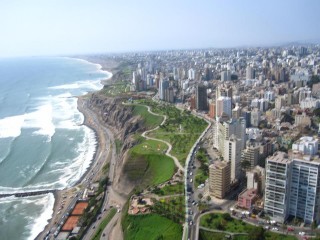 Agencia de Promoción de la Inversión Privada (Proinversión), an agency of the Peruvian Ministry of Transport, declared the technical proposal submitted by Consorcio Nuevo Metro de Lima, the lone participant, to be a valid bid. The project – the largest in Peruvian transportation history – comprises 27km (17-miles) of underground metro for Line 2, which will link the Lima metropolitan area districts of Ate and El Callao, plus an 8km (5-mile) underground spur from Line 4 to the Jorge Chavez International Airport.

The winning consortium is headed by ACS Group subsidiaries Dragados and Iridium, and by FCC subsidiary Vialia, together with Italian companies Impregilo and Ansaldo. The latter will provide electromechanical equipment and rolling stock. Also participating is Peruvian company Cosapi. Metro de Madrid will act as advisor for the project. The Peruvian government will put about $3.8 billion toward construction and maintenance of the project, with additional costs covered by the consortium, Proinversión said.

Two other consortiums, including one formed by Brazilian construction giant Odebrecht and Peru’s biggest builder Grana y Montero, failed to submit bids last week as expected, sparking concerns that the auction might be flawed. Proinversion said those groups pulled out after the government refused to raise the project’s $6.62 billion cost ceiling.

“I assure you the process has been serious, objective and the result has been positive,” Transportation Minister Carlos Paredes said in a press conference after the announcement. Paredes said the subway, which will complement an existing system of buses and above-ground trains, is fundamental to improving the quality of life in the sprawling capital that is home to some 10 million people, or about a third of Peru’s population. 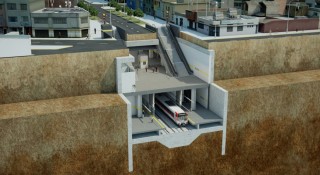 In addition to the 35km (21-miles) of new subway line, 35 new stations will also be constructed, seven mined and the remainder by cut and cover. According to preliminary designs, the tunnels will likely be designed as single bores with twin tracks. Excavation is anticipated to be completed in two stages, each requiring four EPBMs for a total of eight machines with a minimum TBM diameter of 9.2m.

The fast-growing Andean country needs to spend between $30 billion and $88 billion to close its infrastructure deficit, according to estimates by analysts and officials.

Prime Minister Rene Cornejo has said the government will award $13 billion in contracts for infrastructure projects this year.

Fernando Valdez, Consorcio Nuevo Metro de Lima’s spokesman, said construction on the train line will start in May and wrap up in five years.