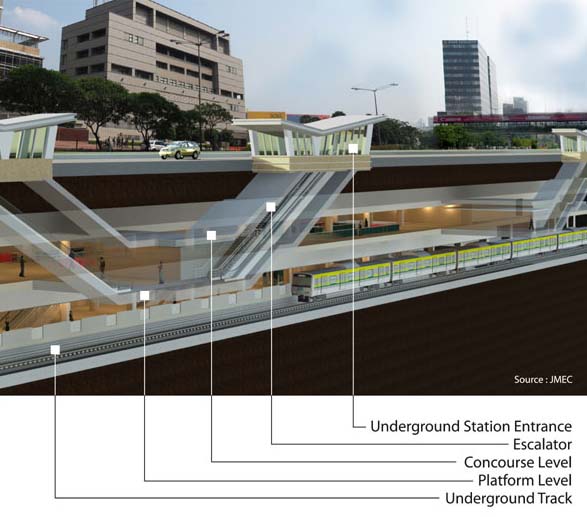 In Jakarta, Indonesia, three of five tunneling contracts for the 9.2km underground section of the city’s 15.2km first phase of the North-South metro line have been awarded. A joint venture of Shimizu, Obayashi, Wijaya Karya and Jaya Construction has won two of the contracts, while the third goes to Sumitomo-Mitsui Construction JV.
The announcement was made at an official groundbreaking ceremony held next to a busy roundabout in downtown Jakarta during rush hour, on May 2. Mr Dono Boestami, Managing Director of MRT Jakarta, also confirmed that preferred bidders will soon be announced for the two remaining underground construction packages, together with the three contracts for the elevated section of the line.
Jakarta’s governor, Joko Widodo, said he hopes the entire first line of the metro – which will link to the Hotel Indonesia traffic circle with Lebak Bulus, in southern Jakarta – will be complete by 2017.
The line will have six underground and seven elevated stations. Services will initially operate at five-minute headways and ridership is expected to reach 420,000 passengers per day after three years of operation.
The second phase will extend the line 8.1km north to Kampung Bandan and is due to be completed by 2019. Feasibility studies are also underway on an east-west line, which is scheduled to open in 2024.
The idea of a metro system for the capital of Southeast Asia’s biggest economy, infamous for its traffic gridlock and threadbare public transport system, was first mooted more than 20 years ago. Officials finally gave the green light to proceed on construction in January, when the city and central governments came to a final agreement on how costs would be shared. The Japan International Cooperation Agency has agreed to a soft loan for the first stage of the project.
Jakarta, home to 27 million people, is one of the last major cities in Asia without a metro. Singapore inaugurated its metro in 1987, Manila in 1984, and Bangkok in 2004.
For more information on the Jakarta Metro project visit: http://www.jakartamrt.com/ 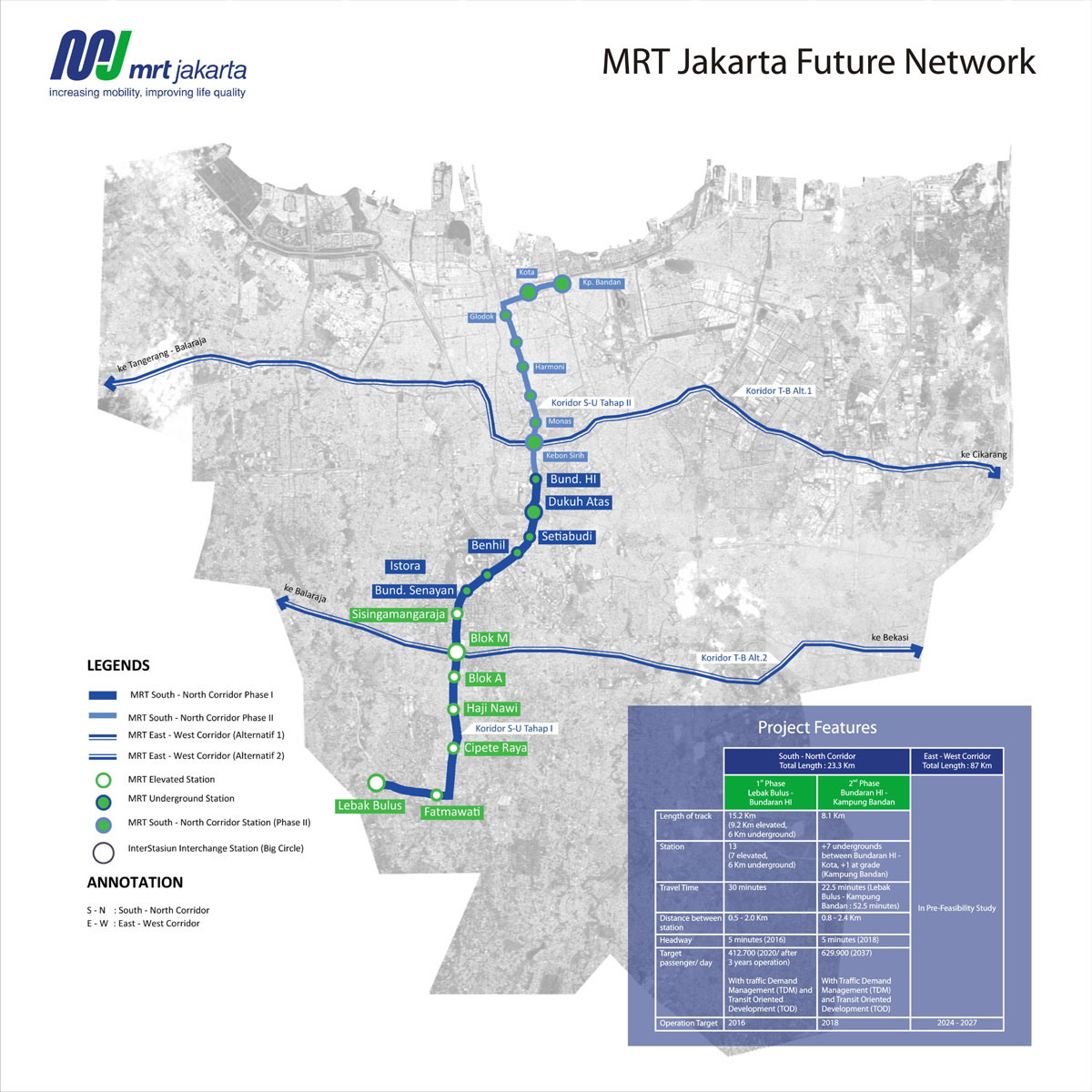 Komatsu Ltd through its subsidiary, Komatsu Cummins Chile Ltda has agreed with Codelco, a major state-owned mining company in Chile,…