Realignment for Lake Mead Intake No 3 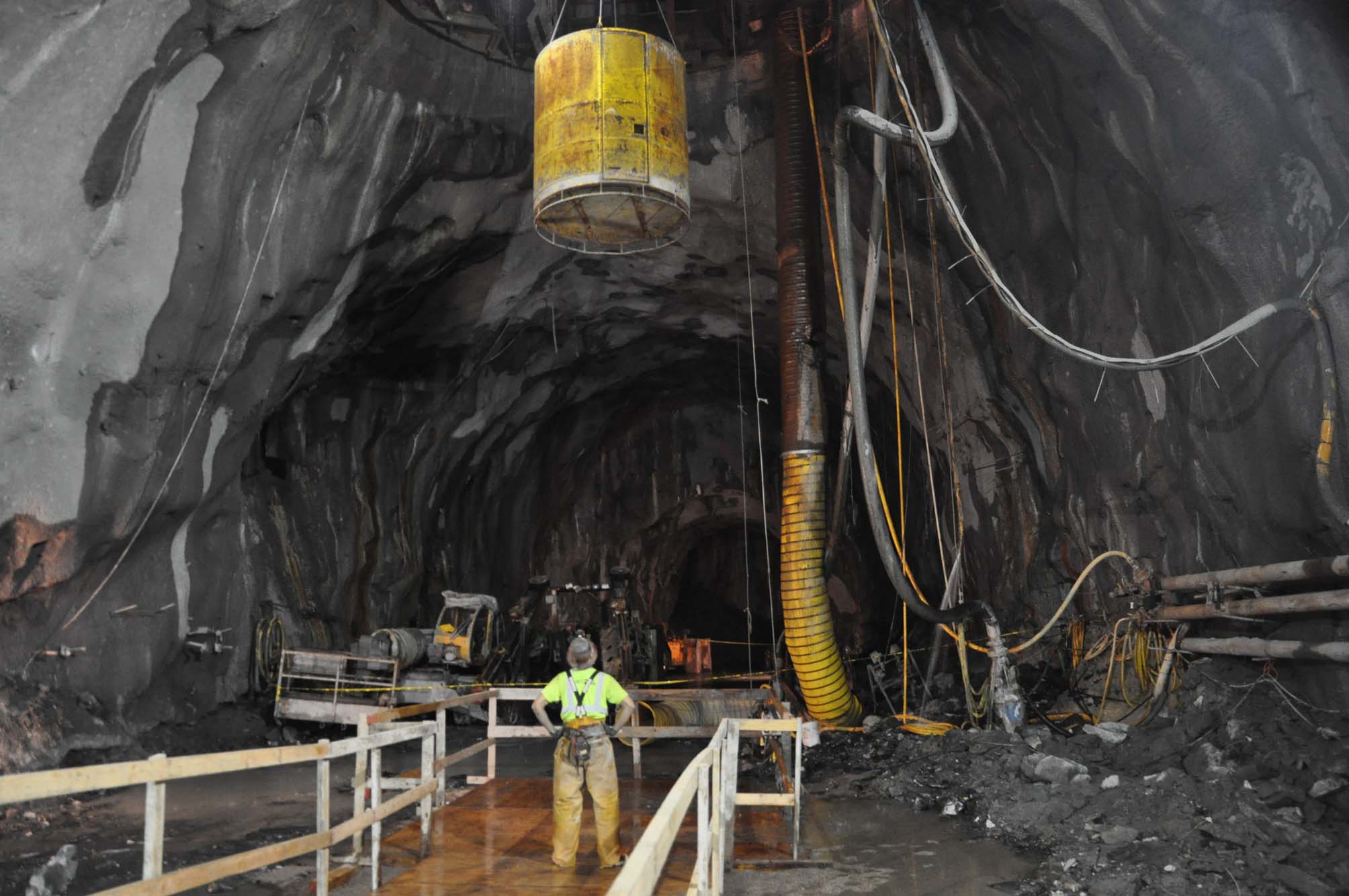 On February 10th, the cost and schedule impacts of a 20˚ to 25˚ re-alignment of the Lake Mead Intake No 3 starter tunnel and TBM assembly cavern, were outlined in a notice of agenda for the February 17th Board of Directors meeting of the Southern Nevada Water Authority (SNWA). The recommended negotiated change order being put before the Board is valued at $39.5 million and extends the contract completion date by 593 calendar days.

The change order comes following three major inundations of excavation works being undertaken by contractor Vegas Tunnel Constructors (VTC) – which comprises Italy’s Impregilo and its US subsidiary SA Healy – in the last seven months. In early 2010, while excavating the underground chamber and starter tunnel preparatory works for assembly and launch of the project’s 23.6ft (7.2m) diameter Herrenknecht Mixshield TBM, VTC encountered conditions that it claimed were more difficult than represented in the contract documents. Then, at the end of June last year – about 250ft (76m) into the 350ft (106m) long starter tunnel – VTC experienced a significant inflow of material and water over a period of several days, which flooded the 200ft (60m) long TBM launch chamber and rose about 150ft (46m) up the 600ft (182m) deep access shaft (see NATJ digital edition, Aug/Sept ‘10, p5).

After re-entering the underground works and while attempting to recover lost progress, two more inflows subsequently occurred – on October 27 and New Year’s Eve – convincing VTC that an adjustment of the alignment should be pursued to avoid the problem area.

VTC won the $447 million design-build contract to construct the Lake Mead No 3 Shafts and Tunnel in March 2008. Arup is the contractor’s designer and Brierley Associates is geotechnical engineer. The tunnel is part of a $700 million new deep water intake program by SNWA to secure supply of water from Lake Mead to Las Vegas and surrounding region.