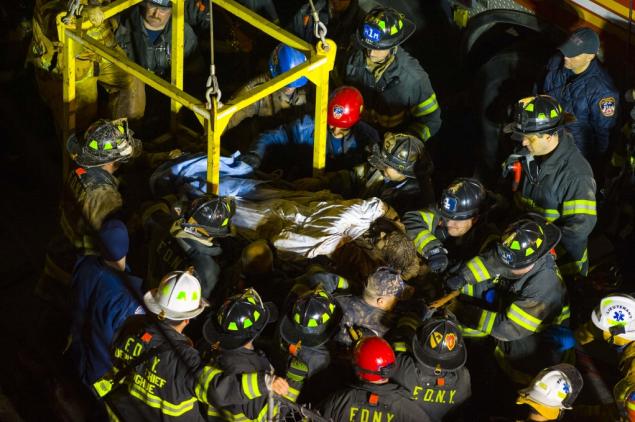 More than 150 firefighters worked to free E.E. Cruz worker, Joseph Barone (age 51), after he lost his footing on plywood sheeting and sunk chest-deep into liquified clay material as he made his way through the 96th Street Station Cavern at about 8:40pm [EST] on Tuesday, 19 March. Barone was given drugs to keep him calm and a Fire Department chaplain was brought to his side during the ordeal.

Following a four-hour rescue effort, the worker was eventually pulled from the station box by crane at around 12:30am on Wednesday. Found to be suffering from hypothermia and other minor injuries, he was taken to New York-Presbyterian/Weill Cornell hospital, in Manhattan, where he remains under observation. Three firefighters also suffered minor injuries during the rescue operation.

E.E. Cruz/Tully JV is currently fitting out the fully-excavated 96th Street station cavern under a $324.6 million MTA contract. While some stretches of the invert have been poured with concrete the area where the worker lost his footing remains unlined. 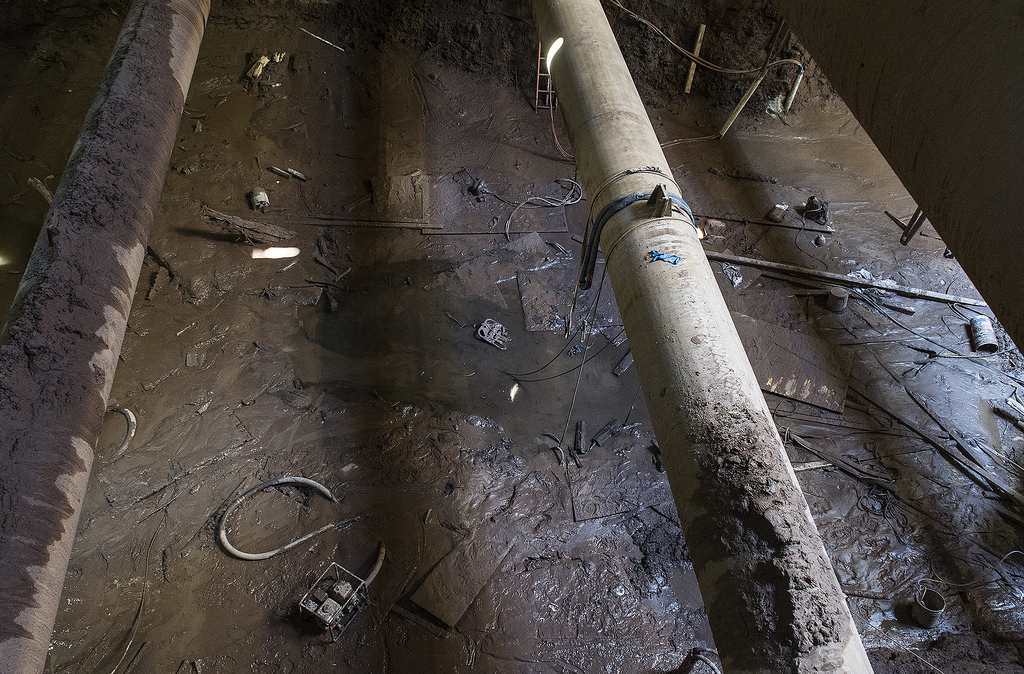 On March 19, 2013, a construction worker became stuck in mud at this location and was rescued by fellow workers and FDNY (Credit: MTA/Patrick Cashin)

The MTA announced on Wednesday afternoon that new safety measures will be required in the wake of the incident.

A full account of the incident can be found on the New York Times web site: