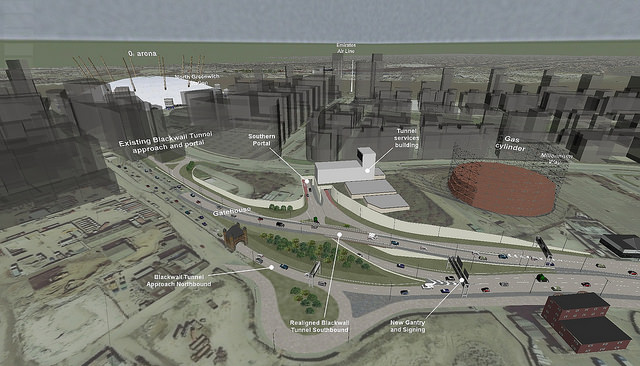 Plans for London’s proposed £750m Silvertown tunnel went out to consultation this week, with the full weight of the Mayor of London behind the project.

The Silvertown tunnel is a key part of the plans and is now progressing to the next stage with a consultation on detailed proposals that started on 15 October.

The consultation represents an important step forward for the Silvertown plans, with an application to Government for approval to build the tunnel planned for December 2015. In recognition of its significance for the future development of London, the project has been designated a Nationally Significant Infrastructure Project (NSIP) by Government. If approved, construction could start in 2017 and take four years to complete at an estimated cost of around £750m.

The Mayor and Transport for London (TfL) are also planning for new road crossings to the east of Silvertown, which have been the subject of a recent consultation. Initial findings from this consultation suggest strong public support to develop plans for crossings at both Gallions Reach and Belvedere. 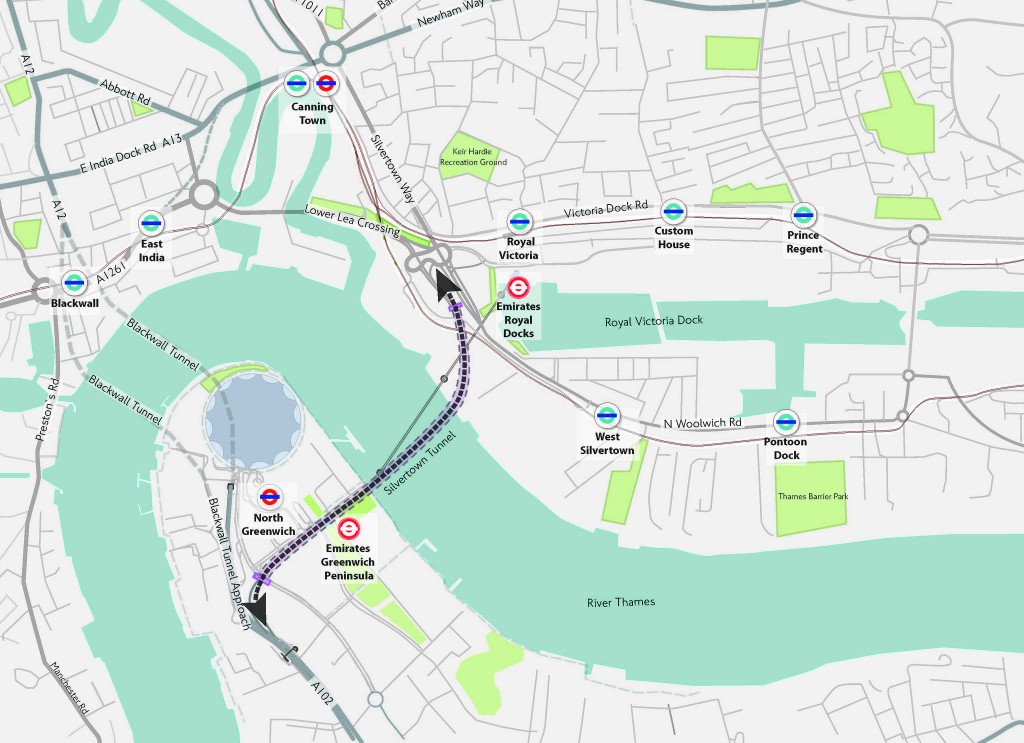 The Mayor of London, Boris Johnson, said: `The Silvertown Tunnel would provide a vital new link beneath the Thames from two of our city’s great opportunity areas for new homes and jobs – Greenwich Peninsula and the Royal Docks. It has quite rightly been classified by the Government as a project of national significance and today we’re a step closer in making our vision a reality. Unless new river crossings are provided, the huge growth potential of east London will not be realised, which is why I have asked TfL to also take forward further work on two new river crossings to the east of the Silvertown tunnel at Gallions Reach and Belvedere. These new crossings will be essential not just for east London, but for the capital as a whole and its continued success as the motor of the UK economy.’

Michèle Dix, TfL’s Managing Director of Planning, said: `The recent public consultations have been very important, helping us to identify the best solution for new river crossings. It is clear that public support for more river crossings is high. These detailed plans for the Silvertown Tunnel are the next step in delivering a series of crossings that will keep London moving. The consultation is an opportunity to find out more about the design of the tunnel, how it will be used and the benefits and impacts of this new crossing.`

As part of the plans, proposals for a user charge at the Silvertown and Blackwall Tunnels have been developed as an essential element to manage demand for the two crossings and to provide a source of revenue to help pay for construction and operation of the new tunnel at Silvertown.  This would not be introduced until the new tunnel was open to motorists. It is anticipated that the charges could be similar to those currently levied at the Dartford crossings.

A further consultation is planned 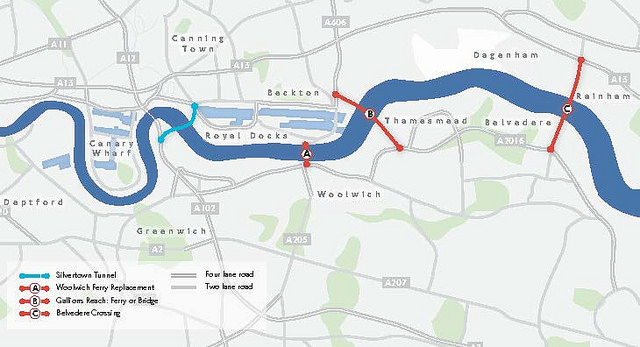 for early summer 2015 ahead of the submission of an application for a Development Consent Order by the end of 2015.  In parallel with the Silvertown Tunnel, TfL is now progressing further work on options for new river crossings at Gallions Reach and Belvedere. These new crossings would transform the connectivity of outer east London, open up major sites for development and help to support the delivery of jobs and homes across a wide area.

The new crossings would have the potential to provide new public transport connections as well.  Further work will also consider the opportunities for funding these new crossings including the use of user charges. It is anticipated a further consultation on these crossing options would commence before the end of 2015.

Subject to securing funding and the necessary approvals, both crossings could be completed and open by 2025.