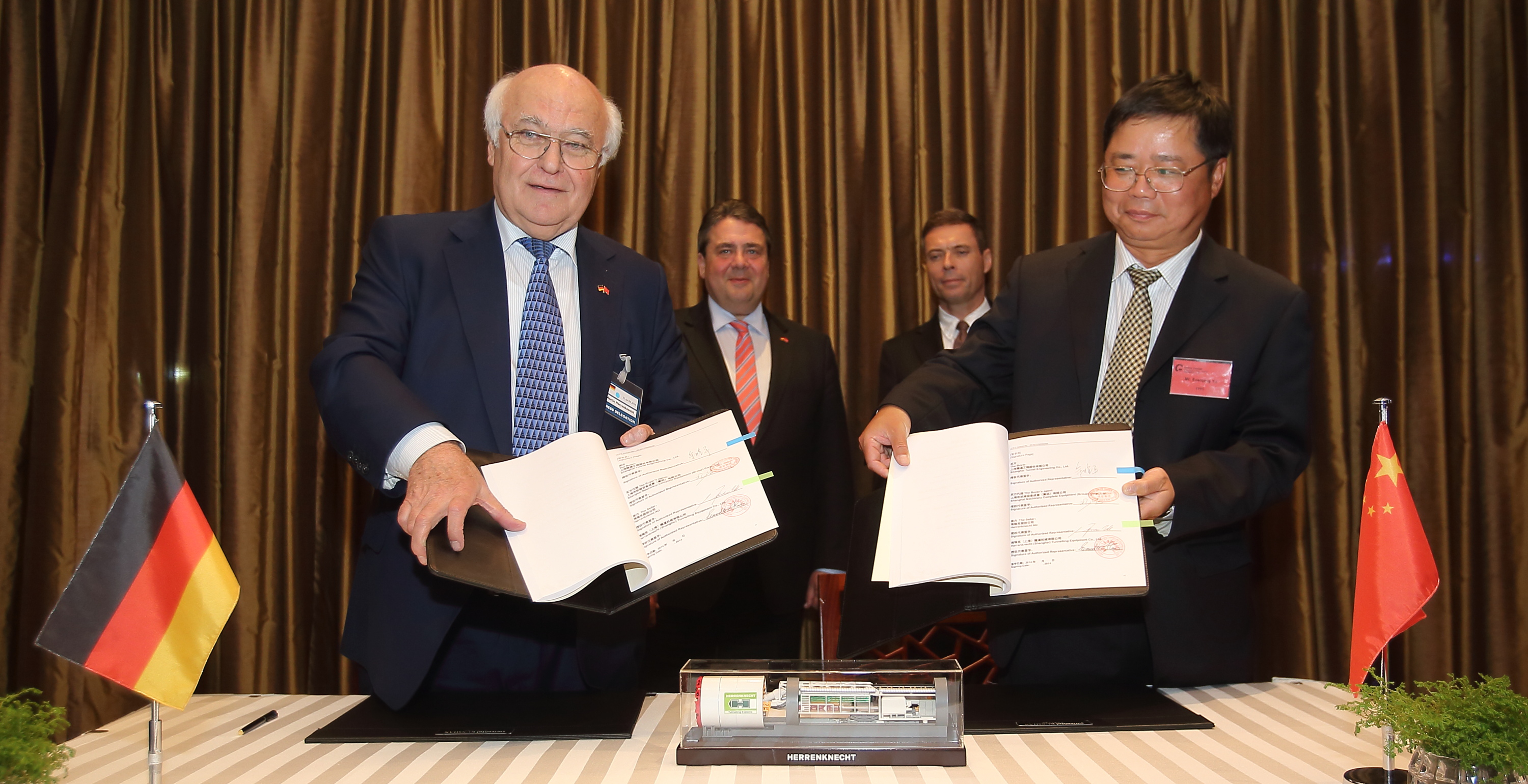 On 23rd April, during the course of a visit to China by the German Minister of Economy and Energy, Sigmar Gabriel, a contract was signed in Kunshan, Jiangsu Province, for the delivery of two Herrenknecht 15.76m diameter Mixshield TBMs to the Shanghai Tunnel Engineering Co Ltd (STEC), for a large multifunctional tunnel in Wuhan, central China.

The machines will cross under the Yangtze River and create a twin-bore double-decker tunnel. A three-lane road will run on the upper deck, with metro line 7 below. The 2,590m long tunnel alignment runs up to 39.5m below the water surface in extremely complex soil. On the one hand, a high water pressure of 5.3bar must be dealt with. In addition, the tunnel runs through varying geological formations, partly completely sand and clay, partly a mixed geology with mudstone, conglomerates and sand. With its size and multipurpose use the construction represents a major reference project for mechanized tunnelling worldwide.

The 10 million metropolis of Wuhan is the most important transport hub in central China. By 2017 the metro network of 3 lines will be extended to 7, from the current 73km to 215km in length.

In the past customer STEC has already completed several large-scale projects very successfully with Herrenknecht equipment. These include several large-diameter road tunnels in Hangzhou and Shanghai. 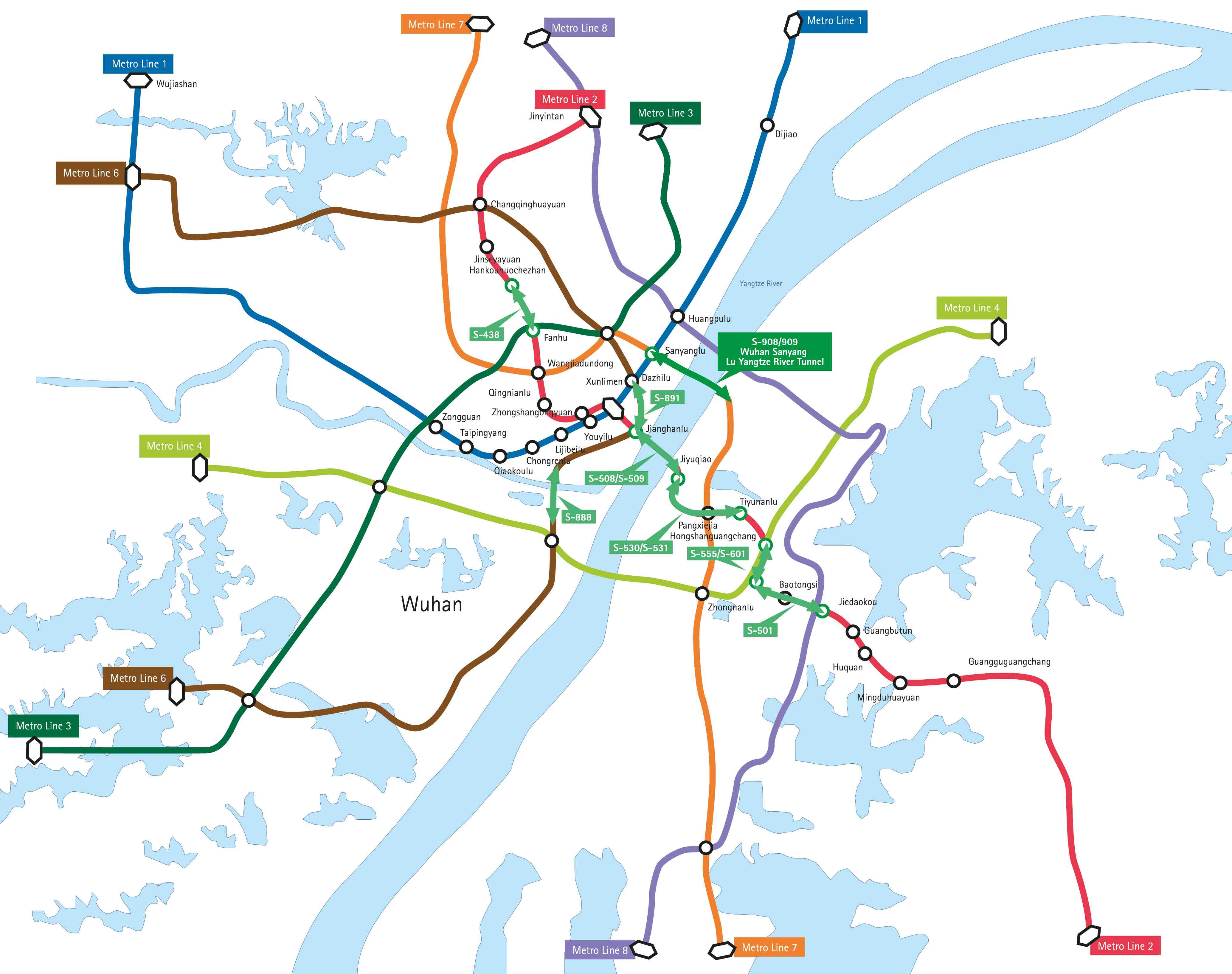