Transport for London (TfL) has confirmed that the Riverlinx consortium is appointed to design, build, finance and maintain the 1.4km long, $1.4bn Silvertown Tunnel. This 12.3m excavation diameter twin-bore road tunnels under the Thames in east London will link the Greenwich Peninsula and Silvertown. Construction could begin in 2020, with the new tunnel expected to open from 2025. 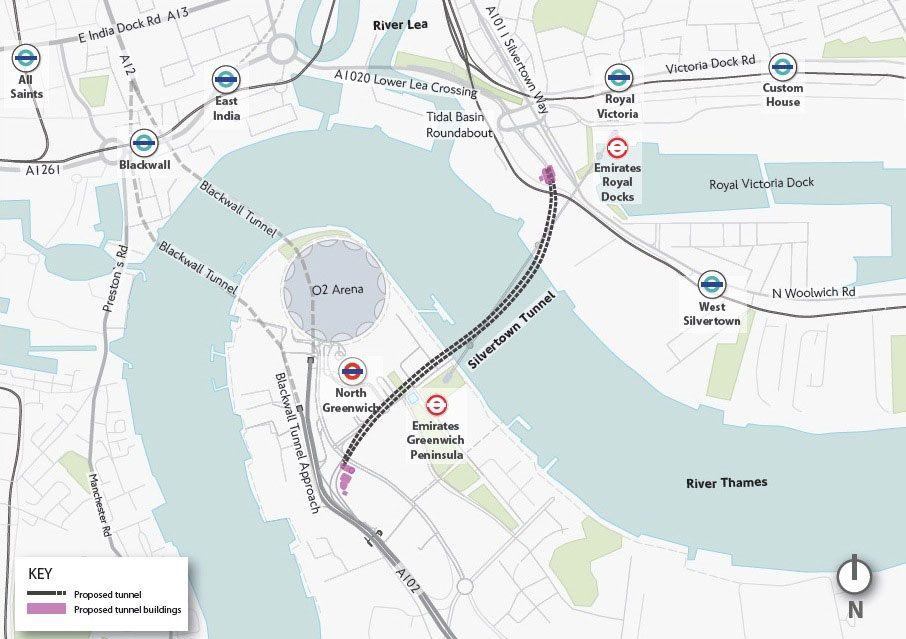 The Riverlinx consortium is made up of Aberdeen Standard Investments, BAM PPP PGGM, Cintra, Macquarie Capital and SK Engineering & Construction.

Since TfL attained permission for the tunnel in May 2018 the project has been stalled due to opposition from local landowners, and a legal challenge from the reserve bidder which questioned the procurement process.

April 2016: We applied to the Secretary of State for Transport for the DCO