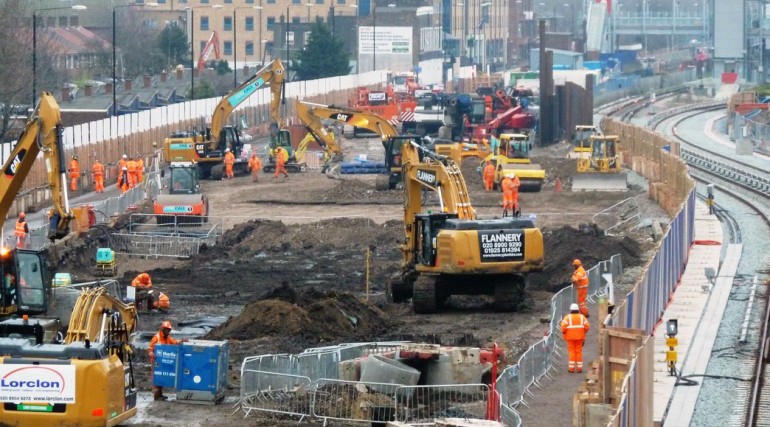 Construction work is now underway on a new tunnel portal at Victoria Dock which will help create a key 1km tunnelled section of the new Crossrail route in east London. The Victoria Dock Portal will allow the new Crossrail trains on the existing surface railway from the east to move underground and into Crossrail’s tunnelled section beneath central London. Major engineering works were carried out over the Christmas period with 200 workers moving and renewing 420m of Docklands Light Railway (DLR) tracks to create space for the construction of Victoria Dock Portal.

Bill Tucker, Crossrail Area Director Central said: “The Victoria Dock Portal will be a key part of the Crossrail route, forming a gateway from the existing surface railway in east London into the new tunnels being built beneath central London. The start of construction at Victoria Dock is an important further step towards delivering lasting transport improvements for east London.”

When Crossrail opens in 2018 it will increase London’s rail-based transport capacity by 10%, supporting regeneration and cutting journey times across the city. Crossrail will help transform rail transport in east London with areas such as Whitechapel, Ilford and Romford gaining direct links to the capital’s major employment areas.