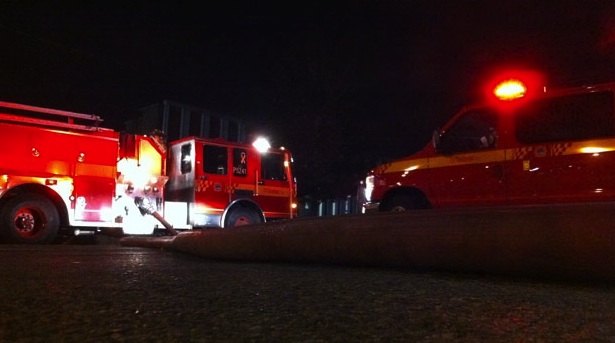 On October 10, firefighters were called in to flood the construction shaft of Hydro One’s CA$114.85 million Midtown Electricity Infrastructure Renewal Project, in Toronto, with millions of litres of water to prevent the tunnel and shaft from destabilizing.

Technicore had excavated 48m (156ft) of its 70m (230ft) deep construction shaft – which is will serve as the launch site for a 120 tonne contractor-built TBM on the 2.4km (1.5-mile) long tunnel drive – when water inflows began to occur within the groundfreeze shaft.

Toronto Fire Services District Chief, Paul Halls, said that workers had injected grout to stop the leaks and continued excavation. However, as the contractor was getting ready to bring in another machine to drill more grout holes a major inflow occurred.

The new 2.4km (1.5-mile) long tunnel will ultimately house six high-voltage cables capable of delivering an additional 100MW of electricity to the area. Sixty percent of the cost of the tunnel will be borne by Hydro One with the other 40% paid by Toronto Hydro. Construction is currently scheduled for completion by the end of 2014.