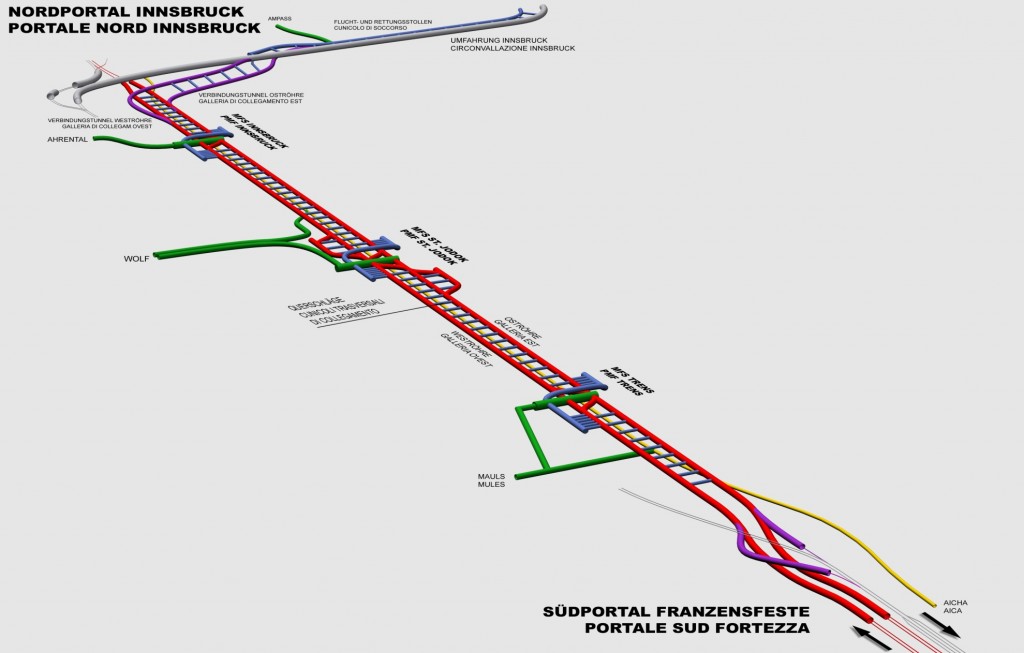 At an inaugural event attended by local and national officials along with representatives of the companies involved in the project, work began on the southern section of the 55km long Brenner Base Tunnel, starting at Fortezza, Italy, before going under the Isarco River.

The 5.8km section, part of the entire Brenner railway tunnel that will eventually link Fortezza with Innsbruck in Austria, is being excavated by the Isarco Consortium led by Salini Impregilo with Strabag, Collini Lavori and Consorzio Integra as partners.

The work, valued at about €301M, should be finished in 70 months, while completion of the entire Brenner tunnel is expected by 2025.

The construction of the southern section is particularly significant for its technical complexity. It will go under the Isarco River via four tunnels at 60m depth each using liquid nitrogen to freeze the earth, rock and detritus between the tunnels and the riverbed.

Salini Impregilo, along with Strabag, has also won the Tufles-Pfons Lot worth €377M, the final section of 37km that leads to Innsbruck.

Through the Brenner tunnel will travel high-speed passenger trains at speeds of up to 250km per hour as well as cargo trains, making it a strategic trade link between Italy and the rest of Europe.

Once completed and connected to railway ring in Innsbruck, it will be the longest underground railway in the world at 67km.

The Brenner Base Tunnel is considered by the European Union as a strategic part of the Trans-European Transport Network (TEN-T), uniting Verona with Munich.