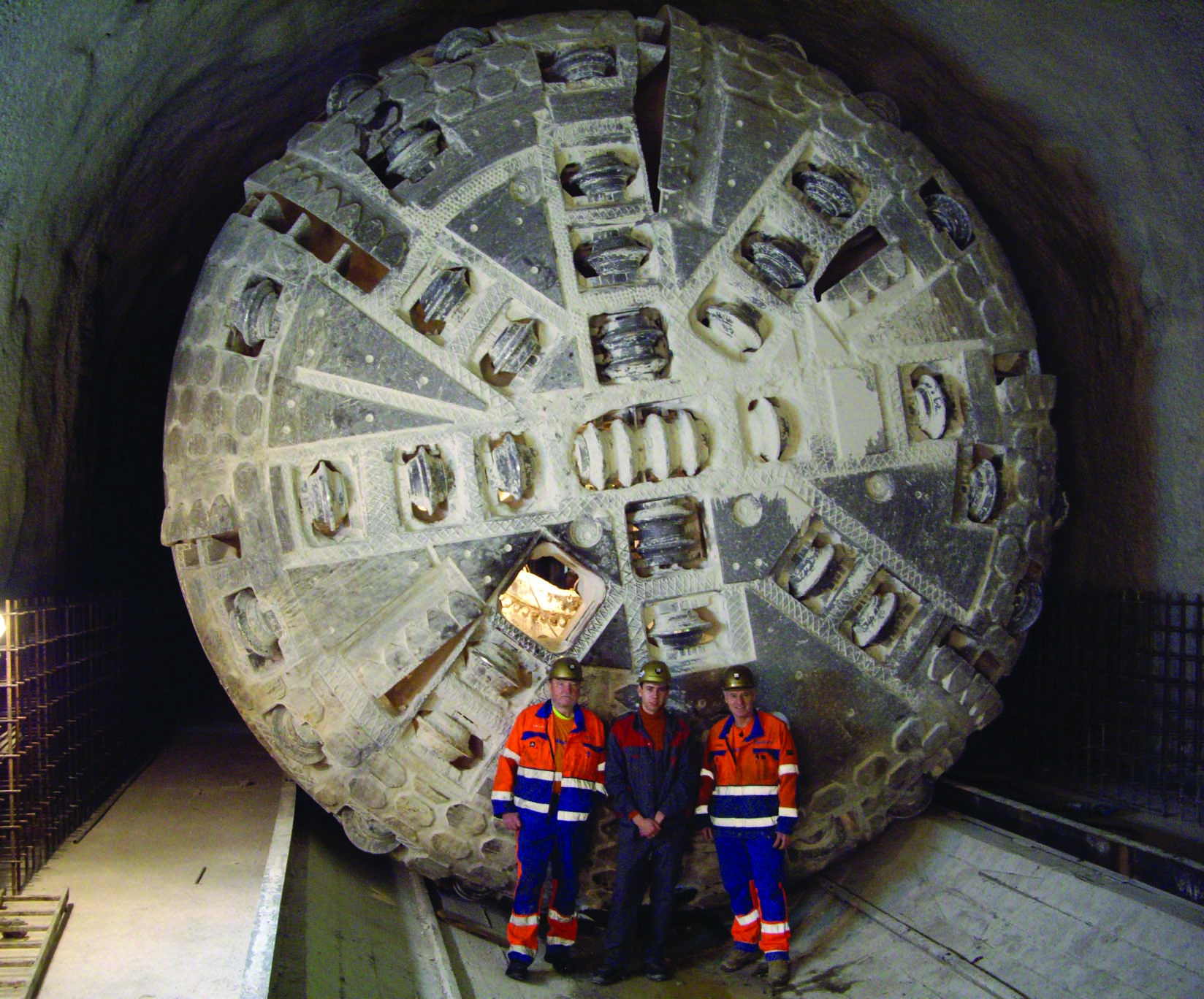 Contractor OJSC Bamtonnelstroy, a division of the SK Most Company, has broken through its 6.2m diameter Robbins Double Shield TBM on the 4.5km long service tunnel on Complex #3 of Russia’s Sochi Road and Rail Project, currently being constructed for the Winter Olympics in 2014.

The 6.2m TBM achieved high rates of 100m – 120m per week despite difficult conditions. The tunnels run through mixed ground including massive to completely fractured limestone with clay seams. Some sedimentary rock including sandstone and siltstone is present, along with fault zones consisting of breccias and conglomerates.  In May 2010, the machine was stopped after encountering a significant fault zone consisting of broken rock and running soft ground. Field service personnel and crew successfully freed the machine by excavating a bypass tunnel around the TBM, freeing the cutterhead. Following the restart, a combination of continuous probe drilling and ground treatment with cement silicate and foam kept the machine moving forward.

While the service tunnel is now complete and lined, work still remains on the main rail tunnel. The 10m diameter Double Shield was modified and repaired by Robbins site personnel prior to the start of excavation. The TBM is currently 726m into its portion of tunnel, with an expected completion date of March 2012.

All together, over 20 road and rail tunnels totaling 40km are under construction from Adler to Alpika areas, in anticipation of the 2014 Winter Olympic Games in Sochi.  Project owner DCRC-Sochi, a subsidiary of Russian Railways, hopes to complete all rail and road infrastructure by June 2013.