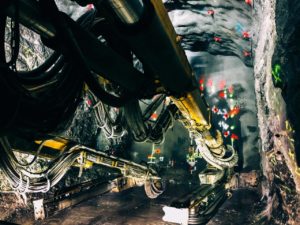 The first five tunnels to be excavated over the next 18 months mark the beginning of a extensive construction effort to create around 100 deposition tunnels with a total length of about 35km, during the 100-year operational period of the final disposal facility. The maximum length of one tunnel is 350m. The tunnels are some 4.5m high and 3.5m wide.

About 30 canisters will be placed in each tunnel. Their number depends on how many deposition holes there are in the tunnel as determined by the volume of suitable rock based on rock fractures. These 30 canisters placed in one tunnel can accommodate about 65 tons of spent nuclear fuel.

The encapsulation of spent nuclear fuel and the emplacement of the canisters in the deposition holes will start once the Finnish Government grants the operating licence for the final disposal facility.

The current estimate is that the final disposal operation will start in the mid-2020s, according to Posiva’s Programme Manager Kimmo Kemppainen.