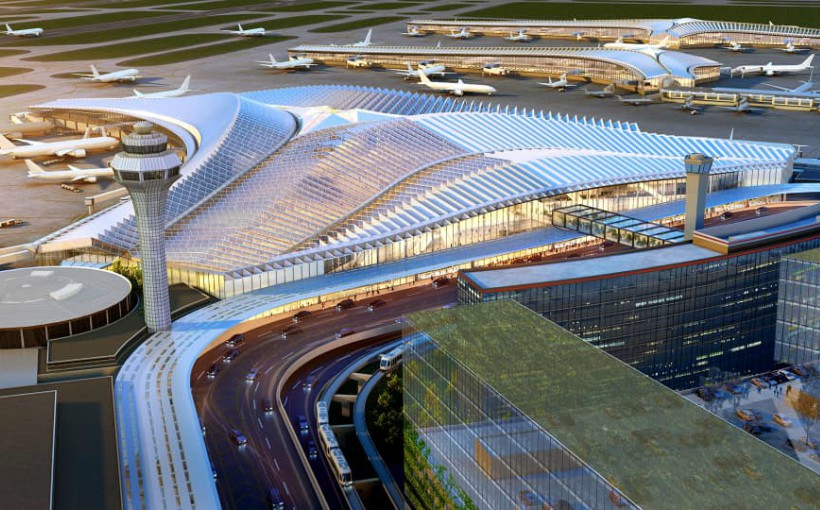 In late January, the last major piece fell into place for the design of Chicago’s $8.5 billion expansion of O’Hare International Airport, as officials announced the signing of a $140 million, five-year, contract with Chicago architectural firm Skidmore Owings & Merrill to design two new satellite concourses that will cost $1.4 billion.

At the same time, it was announced that HNTB will be the project’s lead civil engineer, heading up the design of an underground tunnel system – for the conveyance of passengers, baggage, and utilities ­– that will connect the new Global Terminal (the centerpiece of the massive expansion project, which is being designed by Chicago architect Jeanne Gang) to the airport’s satellite concourses.

“Having our three lead designers in place and working in parallel is a critical moment for the overall success of the O’Hare 21 program,” Aviation Commissioner Jamie Rhee said. “With Studio ORD and SOM providing inspiration above ground and HNTB lending their considerable expertise below ground, we have assembled a team of unparalleled vision and talent and every traveler who uses O’Hare will benefit.”