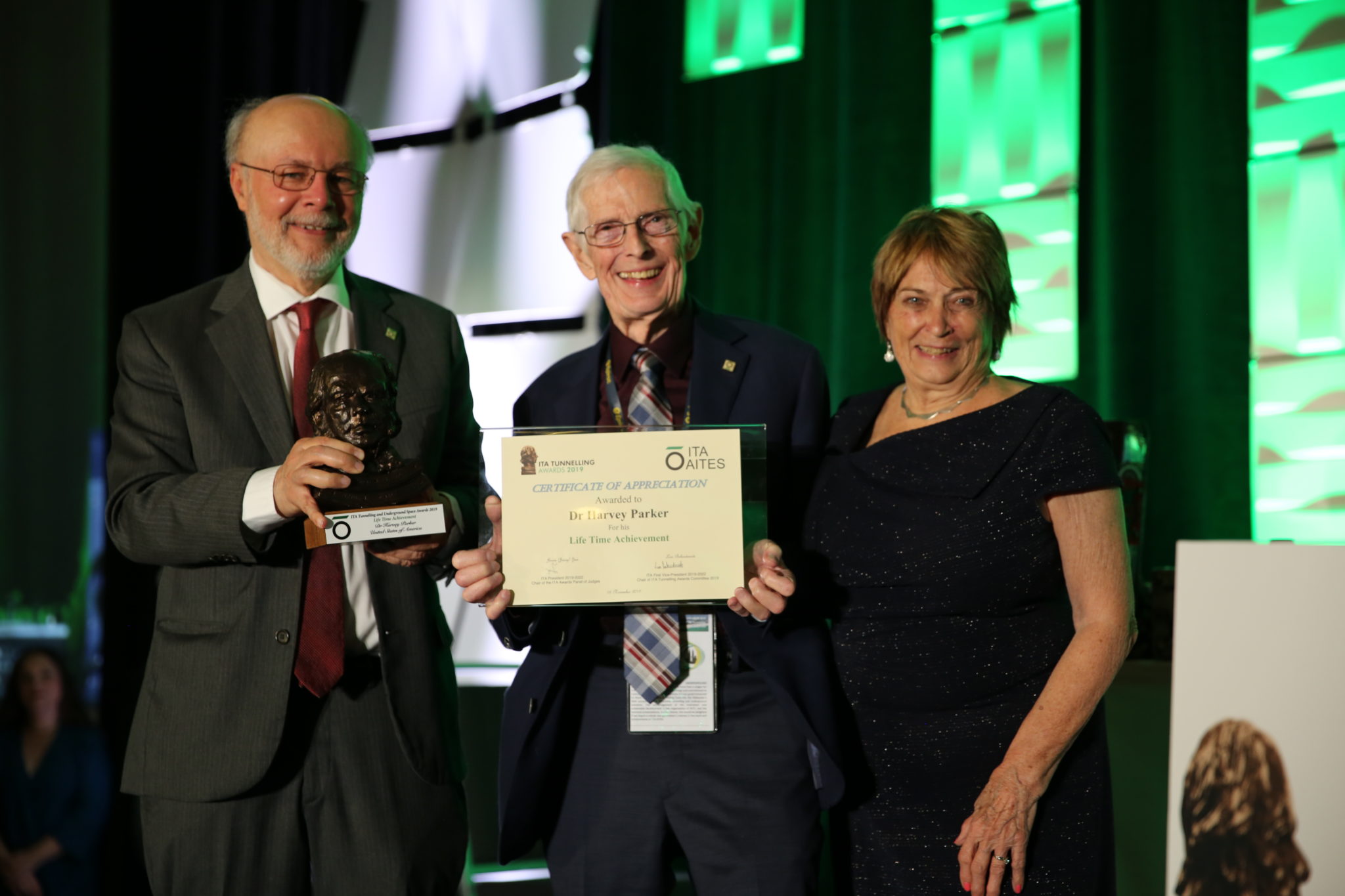 It is with great sadness that we announce that on the evening of May 5, 2020, our friend and colleague, Dr. Harvey Parker passed away, with his wife Karen and daughter Erica at his side.

Harvey bravely fought a private two-year battle with cancer. Throughout this battle, Harvey’s outlook and spirit were positive, and he continued to work and contribute to our tunneling and underground practice and profession up until 10 days before his passing. Remarking that he may not be able to write things down but could work at a conceptual level. Of course, this comes as no surprise to those who worked with Harvey throughout his distinguished career.

In 2019, Harvey received the International Tunneling Association (ITA) Lifetime Achievement Award and the United States’ Underground Construction Association of the Society for Mining, Metallurgy & Exploration (UCA of SME) Lifetime Achievement Award, in 2018. Harvey’s career extended over 50 years, where he contributed to significant and diverse tunnel and underground projects across the United States and around the world.

Through his publications, he enhanced the education, training, and professional practice of those in the industry, as well as advanced the state of the tunnel and underground engineering practice. Harvey’s passion was the advancement of the profession of tunnel and underground engineering, and he demonstrated this through his executive leadership positions in the ITA and UCA as President of these organizations, and technical committee chairmanships.

Harvey made significant contributions to signature tunneling projects through leadership and technical expertise. Specific examples include the Alaskan Way Viaduct replacement project in Seattle, Washington, the largest bored tunnel in the world at the time, the metro system in Los Angeles, and the inception of the metro system in Washington DC. Through his participation in the National Research Council of the U.S. National Academies of Sciences, he provided valuable insight on promoting the topics of tunnel security, life cycle costing, sustainability, and risk analysis. On the global stage, he was a champion in elevating the status and contributions of the tunneling and underground industry to the international community at the United Nations.

His legacy has made an indelible impact on those who have had the privilege of knowing him and working with him, and that his contributions will be available to future generations who pursue a career in the tunnel and underground industry.

Here is the website URL that we have set up for my dad. Feel free to share your memories about him and read about his life. It was hard to consolidate his work history as it was so extensive. I’m sure he would not be happy with me as it is not nearly detailed as he would have made it.  And of course, please feel free to share this URL with all of his friends and colleagues, as I only have the email addresses of a few of you.

Neil Parker, on behalf of the Parker family

In the last weeks of his life, Harvey contributed this interview to Tunnelling Journal, which – unbeknown to us at the time – went to print the morning after his passing:

In 2011, Harvey (along with colleague Red Robinson) wrote a retrospective article for Tunnelling Journal on one of his favorite projects – the triple-deck Mount Baker Ridge Tunnel, in Seattle, Washington: