Home > Powering to an early finish at Palomino

Powering to an early finish at Palomino 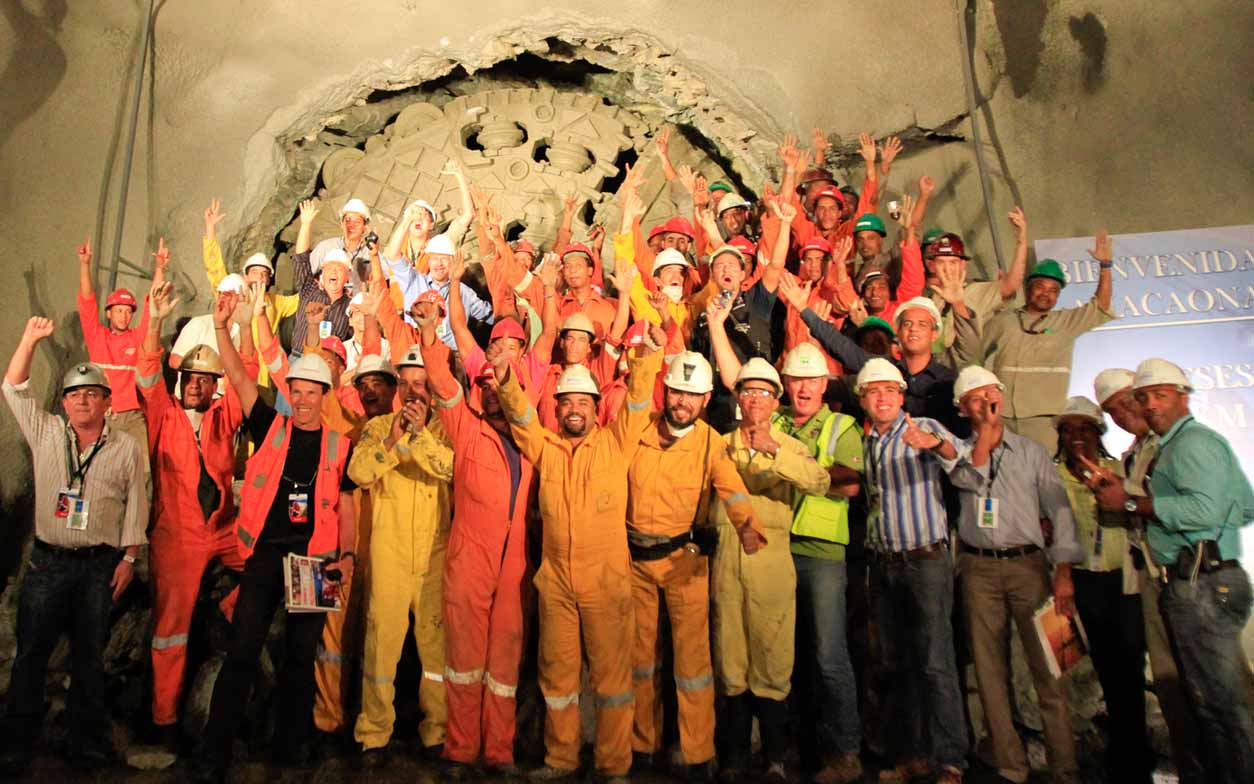 On Friday, April 8, Odebrecht Construcción y Ingeniería celebrated the breakthrough of its 4.6m (15ft) diameter Herrenknecht hard rock Double Shield drive for the Palomino Hydroelectric Project, in the Dominican Republic. Despite complex funding issues bringing a series of delays to the works, the Brazilian contractor completed the 12.43km (7.7-mile) long headrace drive in just 18 months; with a best production day of 53.5m (175.5ft), in early February this year, and a best month of 1091.6m (3,580ft), in March 2010.

The TBM was operated by UTS, a subsidiary of Herrenknecht, as part of a unique full TBM Activities package that included the supply, set-up and maintenance of all bored tunnel related equipment and activities (see NATJ, Dec/Jan, digital edition).

In addition to the headrace tunnel, Odebrecht’s $340 million construction contract for Empresa de Generación Hidroelectrica Dominicana (EGEHID), includes a further 6km (20,000ft) of drill and blast excavation including an underground powerhouse complex and associated shafts, tunnels and structures; and a 60m (198ft) high x 145.4m (480ft) wide RCC dam. The 80MW plant is currently due to begin operating in July 2012, eliminating the need for 400,000 barrels of imported oil each year and providing large savings to both the government and rate payers.